They see all of life come through the doors of their place of work: celebrations, commiseratioms, first dates, last goodbyes and everything in between. Here, bartenders reveal the strangest things they’ve ever overheard while pouring a drink. 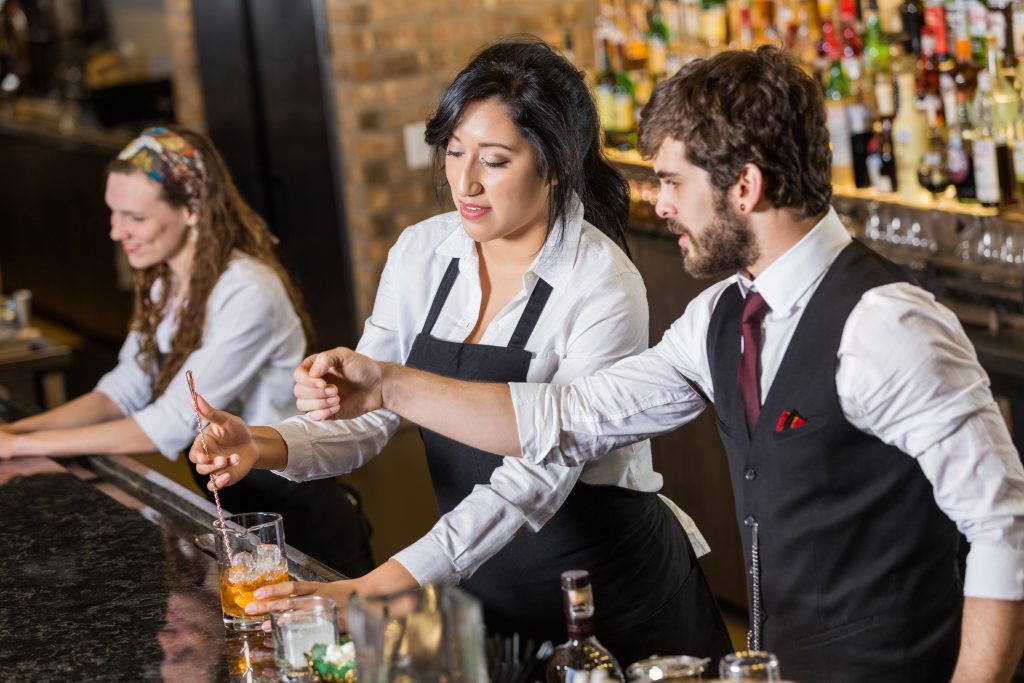 1. The one with the parrot

“The first restaurant/bar i worked in I was only serving but I frequently was in the section right next to the bar. One day I was busy serving a large group, but the restaurant was mostly empty and a guy behind me at the bar said “you wanna pet my parrot?” my initial reaction was the same as if a stranger had just come up behind me and touched my shoulders but when I turned around… It really was a guy with a parrot on his shoulder. The parrots name was Bobby and yes both me and the bartender pet him.” – u/Midiblye

“St patrick’s day, so the bar was crowded. Most people are pretty lively, but one middle aged guy sitting at the bar looks miserable, just staring at his beer in silence for maybe an hour, slowly sipping.

I’ve already been watching him because he seemed out of place, but I wasn’t working that area.

At this point, he’s 3/4 of the way done with his beer, and he abruptly stands up, and walks to the back of the bar toward the hallway with the bathrooms and the kitchen. I watch as he walks past the bathrooms, and straight to the back door, labeled “emergency exit only”.

With zero hesitation, he pushes through the door. (Luckily not alarmed). At this point I followed after him to see where he was going. As soon as he gets outside, he rips off the flannel shirt he was wearing and tosses it into the dumpster. Turning around in just his white tank top undershirt, he sees me and just says “I was wearing too many shirts”.

He walked right back inside, finished his beer just as silently as before, and then left.” – u/tyjasm

3. The one with the sales pitch

“I was tending bar during an extremely busy happy hour. The place was mobbed and super noisy. Suddenly, a guy sitting at the bar stands up and announces “Ladies and gentlemen of the bar, I represent the Acme meat company and we carry a full line of high quality…”. The entire bar goes silent while he continues to do his sales pitch at full volume. For some reason he decided that this was a great time and place to hustle up some business. My manager sprinted over to him and told him knock it off and that kind of thing wasn’t allowed in here. So he sat down and resumed drinking.” – u/regular6drunk7

4. The one where they bit off more than they could chew
“A married couple in their fifties arguing how they were going to explain the fact they couldn’t pay the remainder of the 3 million euro bill for a Ferris wheel they’d ordered 18 months ago, already put a million deposit on, and who’s collection was due at 8am the following morning.” – u/shutuphobbes

5. The one with the totally reasonable observation

“From a woman to her friend, “I don’t know about you but I just can’t poop in a pink bathroom.”” -u/janesfilms

Are you a bartender? Have you ever overheard anything as wild as some of these stories? Let us know!