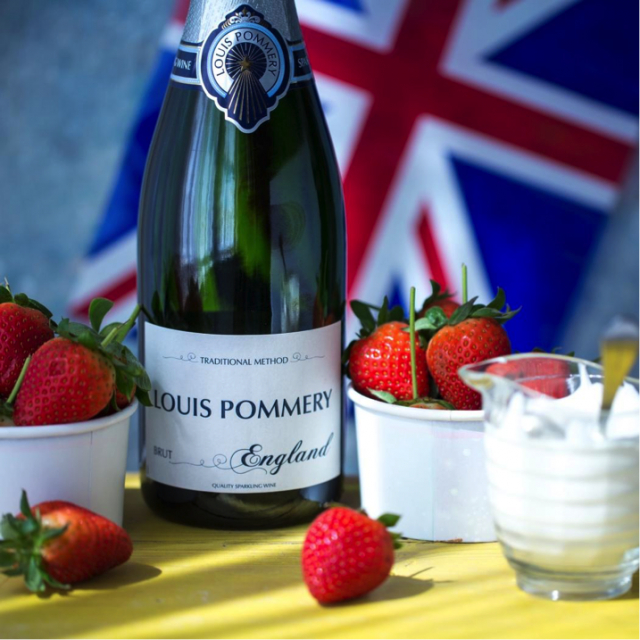 Pommery was the first Champagne house to produce an English fizz, initially using grapes from Hampshire-based growers, and now from its own 30 hectares of vines in Hampshire.

Louis Pommery is produced on the Pinglestone Estate from a 40-hectare site where chalk is the dominant element. The vines were planted between 2017 and 2019 with Chardonnay, Pinot Noir and Meunier.

Three years after the first vines were planted, last year Pommery saw its first grapes harvested on UK soil. The release of the first vintage of Pinglestone Estate is expected in 2023.

“I have been involved with this project since its inception and it has been very exciting to explore the growing of vines and winemaking in the UK,” said Clément Pierlot, Pommery’s chef de cave and head of winemaking for Louis Pommery England.

“As soon as we came across Pinglestone Estate we knew this was the right location for our vines – we felt it was extremely special land and the first vintage has proved exceptional.

“English Wine Week celebrates the incredible English wines available and we’re very proud to be part of this and to have been the first Champagne house to produce an English sparkler,” he added.

According to Pierlot, Louis Pommery England is a “bright, fresh, balanced” fizz offering notes of “crisp orchard apples, lemon, gooseberry and honeyed stone fruits”, making it a good pairing for grilled langoustines or a simple vegetable stir-fry. The fizz is on sale through Ocado and Majestic.