Budget 2021: The demands of the drinks trade and hospitality

Hundreds of thousands of people involved with the drinks sector will be glued to the TV or radio at 12.30 on Wednesday to hear how Chancellor of the Exchequer, Rishi Sunak, intends to help them in this year’s budget. 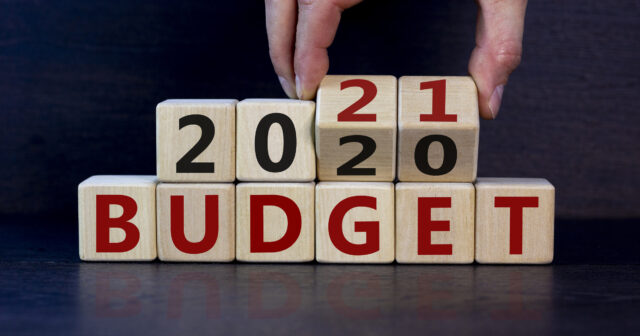 For many in the on-trade his decisions will mean the difference between surviving until full reopening on 17 May or finally admitting that their business or employer will go under, killed off by coronavirus.

With the government’s finances in their worst state since the Second World War, Sunak has to attempt the conjuring trick of addressing the deficit at the same time as saving jobs and boosting the economy in every way possible.

After much of the past 12 months in lockdown, the hospitality sector is one most in need support and Sunak can be in no doubt about the intensity of the problems it faces.

In a joint letter to the Chancellor, UK Hospitality, the British Beer and Pub Association and the British Institute of Innkeeping highlighted the dire position of many businesses and their urgent need for financial support.

They told him that nearly two-thirds do not have enough cash to survive until the end of May, that businesses have been spending, on average, £10,000 per month to remain closed and that trading restrictions will leave many unable to breakeven until all coronavirus restrictions are fully lifted in June.

The BBPA put the timetable for reopening pubs and restaurants under attack. It believes that 29,000 pubs – 60% of the total – will not open for service outside on the government’s target date of 12 April.

Either they have insufficient space outside to make it worthwhile (or the beer garden is reached only through the premises and thus off limits) or they are unwilling to risk not covering their costs if the weather is poor in April.

In the joint letter, the hospitality groups set out an urgent package of measures they want Sunak to announce on Wednesday.

They include prolonging the 5% VAT rate on food and non-alcoholic drinks with the scope of products included widened – some hope he will include alcohol.

They also want a full business rates holiday for 2021/22 plus the extension of full furlough with no National Insurance contributions for closed businesses.

Sunak has already announced an extension but the BBPA wants him to go much further with a wholesale revision of business rates. It calculates that pubs pay 2.8% of all UK business rates, but only generate 0.5% rateable turnover. This, it says, amounts to an over-payment of £500m.

And all trade bodies want a cut in beer duty, which has been increased by about 60% over the past 17 years with the UK now paying three times more than the average rate in Europe.

Boris Johnson raised hopes last week when he told parliament that a proposal to lower excise duties to encourage people back to the pub and restaurant was “extremely good”. Under the plan, which was submitted to a government led review of alcohol taxation begun in the autumn, duties on on-trade sales would be cut but not those made through supermarkets.

Despite legislative conundrums (How do you define a supermarket? How would off sales from a pub be handled?), Johnson said the government was “looking closely at its options” and that Sunak was “looking very closely at the review’s findings”.

The Wine & Spirit Trade Association also wants significant cuts in alcohol taxes. In his submission to the Chancellor, Miles Beale, the chief executive, said: “The UK‘s punishingly high duty rates are stifling home grown wine and spirit businesses as well as acting as a deterrent to attracting investment.

“A duty cut would give the breathing space needed to recover from the Covid pandemic and the almost complete shutdown for the UK’s hospitality sector – the drinks’ industry’s shop window – allowing them time to plan for growth, including innovation and exploring new opportunities.

“And from experience we also know that duty cuts often lead to increased revenue for the Exchequer – from both VAT and duty receipts.”  Taxes on alcohol raise about £12 billion a year.

Wine and spirit producers, especially Scotch distillers, have also argued long and hard that the UK’s high level of excise duties handicaps their campaigns against punitive taxes overseas. Reducing them, even marginally, would send a positive message and assist exporters in the long run, they claim.

Last March Sunak scrapped a planned increase on beer and spirits duties and froze taxes on all other alcoholic drinks. This year he will be under no illusion that he will be heavily criticised if beer is treated more favourably than wine.

As the drinks business reported on Friday, he has been called upon to stop penalising women for preferring to drink wine rather than beer. Taxes on wine have risen twice as fast as tax on beer, but a YouGov survey showed that 43% of female drinkers said wine was their preferred tipple against just 7% who favoured beer. The reverse was true for men.

The message to him was clear; discriminating against wine in any way would be seen as sexist and a potential vote loser.

As for the consumer, on whom much now depends, Sunak is not expected to announce significant changes to personal tax rates. The biggest area of controversy will be whether or not he extends the £20-a-week pandemic payment to those receiving Universal Credit.

Overall, he needs us all to spend to boost the economy. So there are hopes that some the £12.5 billion “excess” savings the Treasury reckons Britons have built up during the pandemic will flow back into hospitality outlets as the public return to socialising.

Much rests on Sunak being bold and generous coupled with a splendid late spring and summer. We will know the first on Wednesday.