Orkney based distillery, Highland Park, has added the first cask strength edition to its core range. 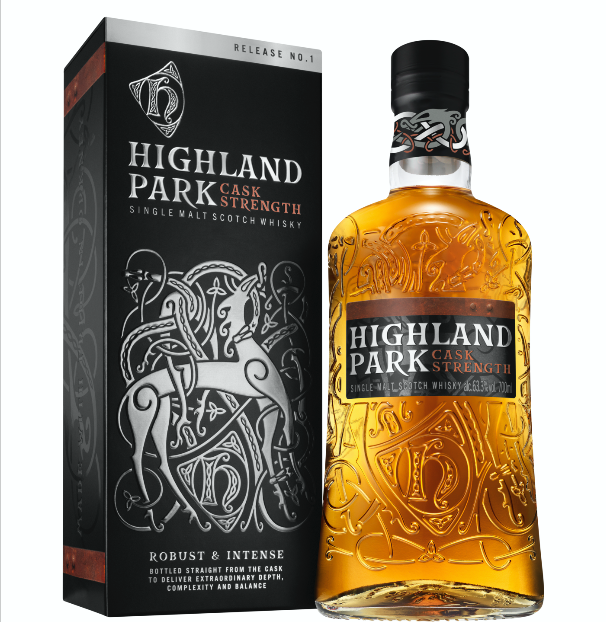 Released globally from this month, the new Highland Park Cask Strength Release No.1 boasts a 63.3% ABV and shows “robust and intense flavours with a greater depth of finish”.

Gordon Motion, master whisky maker of the distillery, selected and married together predominantly Sherry seasoned American oak casks of different ages to create the whisky. His focus was to create a harmonious balance of flavour in the classic house style.

Motion said: “A cask strength whisky is very much made the traditional way but it doesn’t have to be enjoyed so. Its full flavour allows you the control to discover the taste and strength that appeals to your palate by adding ice or water according to your preference.

“I want to give everyone who loves Highland Park the chance to experience our single malt whisky in its purest from by bottling ‘straight from the cask’ but allowing you to choose the strength you want to drink this special single malt.”

Priced at HK$625, this whisky is the first in a line of batch releases. Moving forward, the distillery claims “each batch will share the same underlying character in the whisky but with different flavours coming to the fore based on the cask make-up”.

Prior to the launch, earlier in February, the distillery launched a cask strength expression exclusively for World Duty-Free at Heathrow Airport in London, limited to 642 bottles.