After reports that the illicit trade in alcohol was thriving in South Africa and could take years to be contained, the country’s alcohol industry has said tackling the issue is “critical” to the nation’s post-lockdown recovery. 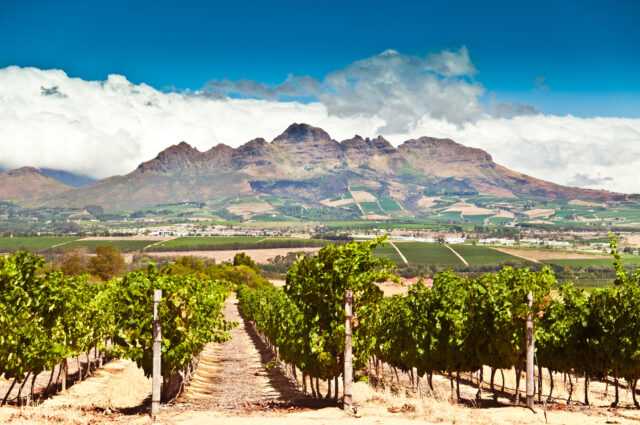 Speaking on Monday to a group of tax practitioners online, South African Revenue Service (SARS) commissioner Edward Kieswetter said that the ban on domestic alcohol sales, as a result of Covid-19, has caused problems.

Many illegal and criminal operators have now “marketed themselves to previously honest smokers and drinkers,” he told the group. “They are now embedded in the supply chain and it will take us years to reverse the impact.”

The last ban on alcohol sales in South Africa was lifted on 17 August, however alcohol trade remains restricted to four days per week (Monday to Thursday), with no booze permitted to be sold after 10pm.

The first ban on domestic sales, as well as exports, was instated on 26 March. The export ban was lifted on 7 April only to be imposed again on 16 April, then re-allowed once more on 1 May. The retail ban was lifted on 26 May, but then re-imposed on 12 July. It was then in place for over a month, a decision which prompted criticism from the country’s drinks producers.

In a statement sent to the drinks business, members of the South African alcohol industry said the illegal trade in alcohol is believed to have “increased exponentially following the two alcohol bans”.

Before coronavirus, the South African alcohol sector lost an estimated R12.9 billion a year to illicit trade. While current losses “are still being quantified”, this figure is expected to have risen considerably.

On average, regulated alcohol production contributes R72 billion to the South African economy through taxation, VAT, and excise. In 2019, the alcohol sector accounted for 3.4% (R173 billion) of South Africa’s nominal GDP. However, the government is estimated to lose around R6.4 billion per year as a result of illegal alcohol trading.

The South African Treasury reports that the government lost R9.5 billion in alcohol and tobacco taxes during the first four months of the current fiscal year, with Stats SA noting that the country’s economy suffered “significant contraction” under lockdown from April through June.

Consumer spending on alcohol and cigarettes fell by 92.4% during this time. Since the bans were enforced, beer giants Heineken and AB InBev either withdrew or postponed multi-million pound investment in their South African operations.

Representing a group which includes the National Liquor Traders Council, South African Liquor Brandowners Association (SALBA), the Beer Association of South Africa (BASA), Vinpro, the National Liquor Traders Council and alcohol producers, Sibani Mngadi, director of corporate relations at Diageo South Africa, said his peers are concerned about the impact of unregulated trading on the entire value chain, as well as the safety issues it poses.

“The closing of tax leakages and efficient collection of revenue is one of the key priorities for the country’s economic recovery,” he said. “The alcohol industry is committed to working with SARS to find solutions to the problem of illicit trade which poses a mutual revenue risk for both Government and the industry.”

He warned that illegal trading not only results in losses for the treasury, but affects all those working in the regulated sector, from farmworkers and distributors to retailers and producers, as well as the hospitality industry.

He added: “We are deeply concerned about the safety risks associated with the consumption of illegal concoctions and the commercial growth of an illicit alcohol network. Unregulated alcohol is not subject to stringent quality control measures.

“As witnessed during the two bans on alcohol sales, the illegal manufacture of alcoholic concoctions posed serious health risks to consumers. We urge consumers to purchase their preferred products from licensed outlets only.”

The alcohol sector has said it will continue to support the government in driving behavioural change in relation to alcohol use, but is calling for a “considerably increased law enforcement” to tackle bootlegging.