The South African government has reinstated its controversial ban on domestic alcohol sales as the industry reports revenue loss of R18 billion (£852.8 million). 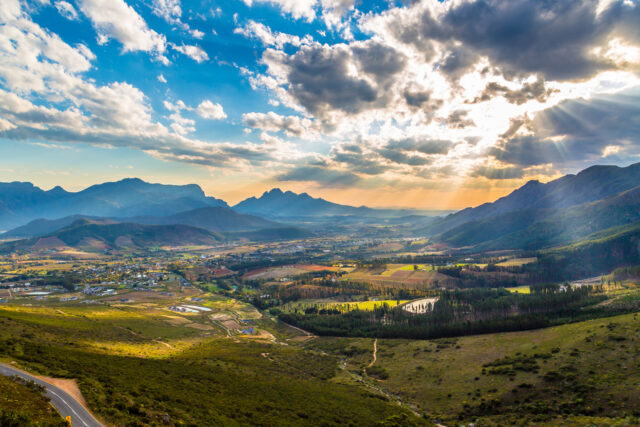 Update: The alcohol ban was lifted on 17 August. You can read our latest story here.

Addressing the nation on Sunday (12 July) night, President Cyril Ramaphosa said the decision had been made in order to free-up hospital beds occupied by those suffering from alcohol-related traumas.

“As we head towards the peak of infections, it is vital that we do not burden our clinics and hospitals with alcohol-related injuries that could have been avoided,” he said.

“This is a fight to save every life, and we need to save every bed. We have therefore decided that in order to conserve hospital capacity, the sale, dispensing and distribution of alcohol will be suspended with immediate effect.”

He added that there was now “clear evidence” that a resumption of alcohol sales “has resulted in substantial pressure being put on hospitals, including trauma and ICU units, due to motor vehicle accidents, violence and related trauma”.

The groups said they were “disappointed” with the decision, which they said had been made with “no warning” despite their “continuous engagement” with the government and the Department of Trade, Industry, and Competition (DTIC).

They called the move “deeply troubling” and reiterated that the South African alcohol industry shares the government’s concerns about rising Covid-19 cases, and would “continue to support efforts to curb this unprecedented health emergency”.

“While we acknowledge the urgency of the situation, it is crucial to understand the complexity of alcohol-related trauma so that we can sharpen our focus on the most effective interventions and also measure their impact against a shared understanding of the facts and the problems. This requires access to health and alcohol related information in private and public sector hospitals and clinics which government has never shared with industry,” the statement noted.

SALBA CEO Kurt Moore said the ban would have a “disastrous economic impact on the industry and continue to exacerbate the loss of excise revenue”, warning that the move would “fuel the growth in the illicit liquor market”.

VinPro reports that, prior to the second alcohol sales ban, it was estimated that around 18,000 jobs (out of a total of 300,000) in the South African wine industry together with almost 80 wineries and 350 grape growers were at risk following the export and sales disruption. It is estimated that the wine industry alone has already suffered direct losses of R3 billion (£142.1m).

While the domestic sale, dispensation and transportation of alcohol is forbidden, the country is still permitted to export alcoholic beverages. Alcohol used in the production of hand sanitiser is permitted to travel around the country, while members of the industry can transfer products from manufacturing facilities to storage sites if required.

While exports are not impacted, Wines of South Africa stated that producers are being affected “by reduced logistics at ports and adverse weather”.

In addition to the alcohol ban, the country has now instated a night-time curfew between the hours of 9pm and 4am, while masks must now been worn at all times while in public places.

Ramaphosa said that current projections indicate the country will reach the peak of infections between the end of July and late September.

The number of confirmed Covid-19 cases in the country has now risen to 276,242, with over 12,000 recorded each day. Over 4,000 people have now died from the virus in South Africa, with the province of Gauteng now the worst affected region with almost 100,000 confirmed cases.

The national state of emergency in the country has now been extended to 15 August.

An initial ban on alcohol exports was announced on 25 March and came into effect at midnight on 26 March. This was then lifted on 7 April, only to be reinstated on 16 April.

Exports resumed from Friday 1 May, while the government eased restrictions on domestic alcohol sales last month. Retailers were permitted to sell alcohol on four days per week.

Back in April, Wines of South Africa estimated the export disruption could result in revenue loss of over R1 billion (£44 million, FOB value).

Jo Wehring, UK market manager for Wines of South Africa, told the drinks business: “Although there was a short period when exports could resume during the five week lockdown, very little was exported as the port in Cape Town was operating at around 25% capacity.”