Pinot Grigio delle Venezie DOC, the largest of the Italian DOCs, has celebrated a good quality vintage, despite yields being down between 15 and 20%. 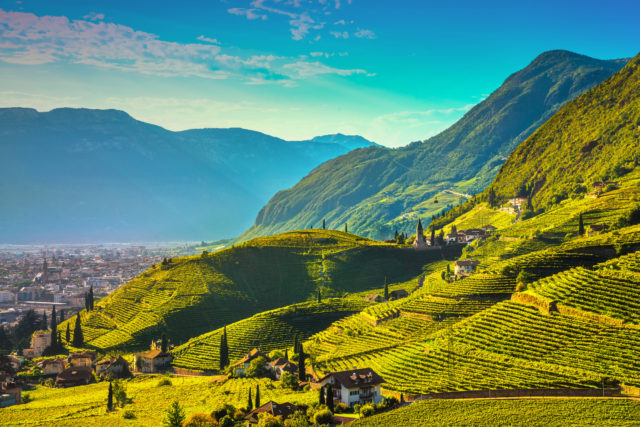 Bottling in the region rose 6.35% on last year, which the DOC said was “significant” given the difficulties seen this year due to the Covid-19 pandemic and its impact on both health and the economy.

Despite recent bad weather the quality of the grapes was in line with, if not higher than, 2019, it said.

Alberto Marchisio, General Manager of Cantine Vitevis and President of Assoenologi Veneto Occidentale said it was “a fairly good season in terms of rain and temperatures”, which despite lowering yields on last year, gave “high quality [grapes, that were] very balanced and with good freshness,” he said.

He added that the yields were only “about 5% below the specification, or below 130 t. of grapes per hectare in compliance with the management measures of June 2020, for a total of about -15% on the 2019 campaign”.

The DOC said that credit should be given to the region’s winegrowers for demonstrating great competence in caring for the delicate grape, given its sensitivity to mould and humidity, as well as to measures brought in in June that redefined yields and administrative storage.

Meanwhile, the smaller yield has helped push prices up by around 20% on last year.

“Faced with substantial stability on a national level, our DOC instead records an important growth not only in prices, but also in bottling: in the January-August 2020 period we bottled an average of 151,490 hl/month equal to an average month.

Andrea Paladin, a spokesman for Coldiretti Veneto on the Board of the Consorzio delle Venezie DOC said that the market was beginning to respond positively.

“It is still early to say, but I believe there are good prerequisites,” he said. “It is a very delicate phase for buying and selling, in which those who sell have high expectations due to the decrease in supply, while most buyers are tied to contracts, especially with large-scale distribution. But by virtue of this production campaign, not abundant but certainly of high quality, we have favourable prospects on the market, although it continues to be a difficult and above all uncertain economic moment worldwide”.

The Pinot Grigio harvest in Veneto ended last week, but is still ongoing in Friuli Venezia Giulia and in Trentino.

Vineyards in Friuli Venezia Giulia noted that the region had experienced more fluctuating seasonal trends and heavy rains of the past few weeks but that there had been a fairly uniform ripening of Pinot Grigio.

“There is a very slight decline compared to last year due to the spring drought that hit some areas of the region, but certainly not the one feared at the beginning of the season,” Rodolfo Rizzi, Director of Cantina di Ramuscello e San Vito and President of Assoenologi Friuli Venezia Giulia.

In August, the Consorzio obtained the official recognition as a DOC from the Italian Ministry of Agriculture in Rome, following its registration on the European Commission’s eAmbrosia database of geographical indications and protected names in the EU for food and drink, in June. The process was started back in 2014 uniting winegrowers in Friuli, Trentino and Veneto in a common bid to embrace an enlarged concept of territorial identity and protect the area and increase the value of the wine supply chain. Ir represents the largest Italian DOC, with 27 thousand hectares of vines, and represents 85% of the Italian and 43% of the world’s Pinot Grigio.

In January, the Venezie DOC consortium revealed that despite 2019 being “a real challenge”, sales rose 34%, equating to a rise of almost 53 million bottles compared to 2018.

Last year a consortium of wine estates in northern Italy placed a three-year ban on new vineyards being planted in the Pinot Grigio delle Venezie DOC area in a bid to “stabilise” the market.