Australian Vintage has said that there has been a “tsunami of demand” for bag-in-box in UK retail during the lockdown while sales of its new alcohol-free wine are also soaring. 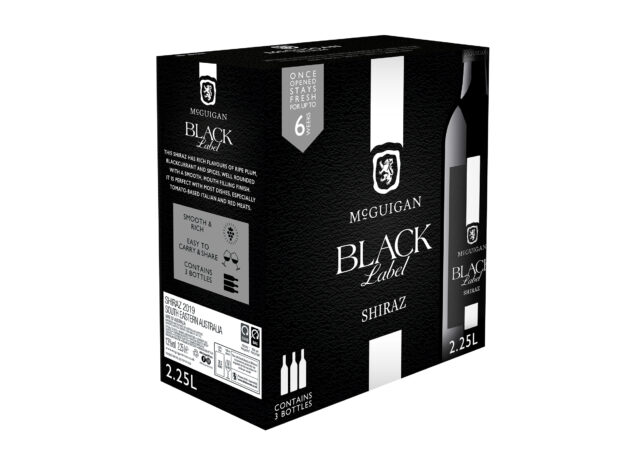 Speaking to the drinks business, Australian Vintage’s general manager for the UK and Europe, Julian Dyer, said that it was a format that had “really sprung to life” over the past few months.

The company, which makes the well-known brand McGuigan, launched its first bag-in-box just 18 months ago with its entry-level McGuigan Estate.

Dyer said it was “doing well” at first but with the possibility of a lockdown growing in March it sold out completely.

“To say there was a tsunami of demand would be understating it,” said Dyer who added that retailers were also shocked by the rush of demand and were asking for more.

The company is now launching its McGuigan Black Label in bag-in-box as a result.

It’s a format that he said really seemed to have “struck a chord” and with younger drinkers as well; recent figures apparently showing that 28% of 18-36 year olds buy the format.

Dyer said he hoped this would be a long term trend and would help make two “structural changes”, one as a new, quite sustainable, packaging format and with the launch of McGuigan Black Label, a chance to show it’s a category that’s not just for entry-level.

There’s evidence from elsewhere that boxed wine is a format on a roll (as it were). Sainsbury’s reported recently that sales of bag-in-box were up 41% so far this year and in the US Nielsen has reported that it was increasingly popular format.

Alongside that, AVL has also introduced its new alcohol free wine, McGuigan Zero, to the market in January. This is another sector which is growing fast.

Dyer gave a nod to the brewing industry which he said had “blazed a trail, using their brand image and creating something good to drink”, in helping drive this.

He said AVL had worked hard to create a range of “fruit forward and varietally correct” alcohol free alternatives and he said: “I genuinely believe we have the best product in the market.”

Furthermore, he added: “The amount we’re already selling is just ridiculous. We’re pretty confident we’ll be the number one alcohol-free still wine brand in the UK in a year.”

He said sales were currently on course to top 100,000 cases within 12 months.