85% of professionals happy to go to wine tastings

The vast majority of professionals in the UK wine trade have said they would go to a wine tasting post-lockdown provided that safety measures are in place. 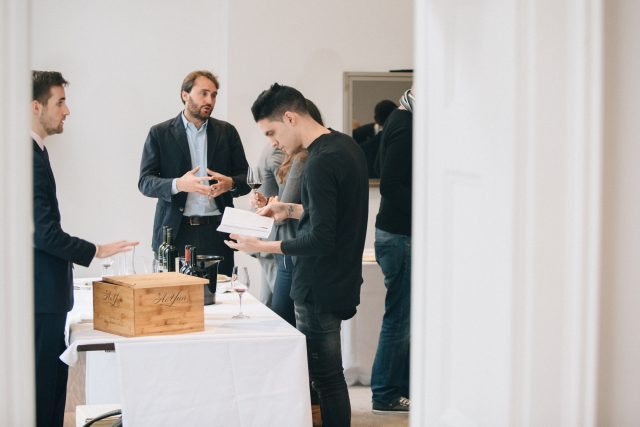 Around 1500 wine professionals were targeted, with 660 responding to the survey, which was compiled by a network of trade bodies and PR groups including the California Wine Institute, Sopexa and Wine Sorted.

More than 85% of people said they would attend tastings where organisers provide adequate safety measures. Open air venues  scored over 78% for popularity.

Just over half (55%) of respondents wanted tasting sheets provided prior to event to print out at home, to minimise cross contamination between attendees and organisers.

Almost all (92%) of respondents were happy to have temperature testing at the door, and 89% were happy to provide full details should a track and trace procedure be necessary.

More than eight in 10 (82%) approved of staggered entry, although only around half (52%) wanted pre-booked appointments.

Just over half (51%) said they didn’t think they should need to bring their own glass, but 30 said they would.

“It is clear from the research that industry professionals and media are in favour of continuing to attend tastings, they like being at a tasting and interacting,” Charlotte Hey, director at Bespoke Drinks Media, said.

In her analysis of the report, Hey added that “ensuring the highest standards of cleanliness and ease with which people can self-sanitise, will dictate the success of an event.”

“The tastings of the future will take on a very different guise with more open-spacing at events and better ventilation/open-air options.

“Money could be saved however, with the idea of putting multiple, different tastings in one venue to maximise travel.

“The provision of food will also be a saving as nearly 70% of respondents said that they felt it was unnecessary.”