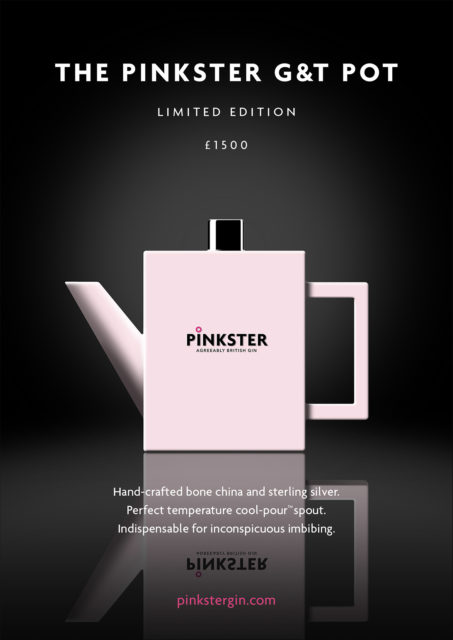 Never ones to shirk a bit of tomfoolery, pink gin producer Pinkster has unveiled a sleek temperature-controlled G&T “faux teapot”.

The new vessel is said to be perfect for “surreptitious sipping” at “all acceptable tea drinking hours”.

Will Holt, director at Pinkster Gin, said: “We stand by the mantra that no matter what is happening in your life, you always offer tea. Admittedly, with a £1,500 price tag, this limited release beauty is firmly at the collector’s end of the market. Our recommended serve, as per all Pinkster products, is with no added sugar.”

English winery Hidden Spring has brought Brexit back into the equation with its April Fool this year.

The winery states that “new Brexit guidelines” have meant that it must revert to imperial measures from now on and start selling wines by the pint.

Ever quick to adapt, the winery has fixed its existing labels onto green pint bottles with a fetching gold top.

This may have been inspired by fellow English wine estate Rathfinny, which has (actually) laid down over 800 imperial pint (56.8cl) bottles of its Blanc de Noirs 2015 to be sold post-Brexit.

Not to be outdone, Northern Ireland’s Shortcross said its on-the-go dissolvable gin capsules had been in development “over the last few months”.

A “quick fix for any cocktail you desire”, the handy tablets come in packs of 15 and cost £20 each. There is only a limited supply available, we’re told… 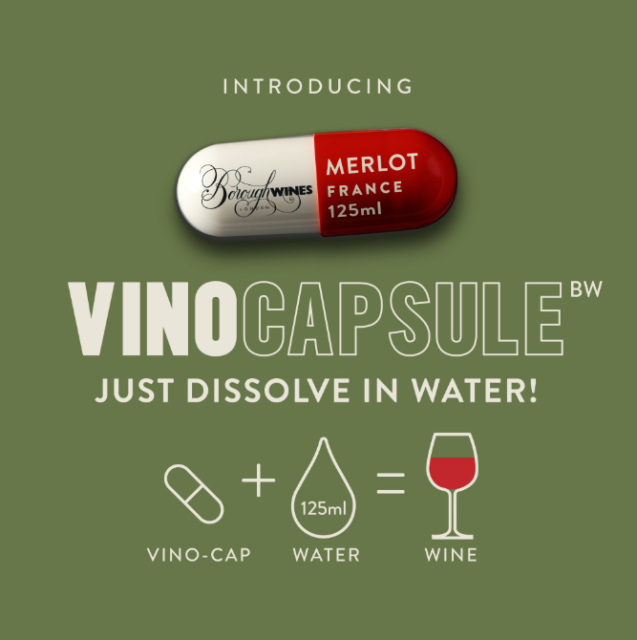 London’s Borough Wines is continuing the capsule theme this year with its latest ‘new product’.

From shipping to sipping, this crafty new pill can be delivered by post, providing the perfect lockdown fuel. Simply put the capsule in a glass, add 125ml of water, and away you go. Water really can be turned into wine. 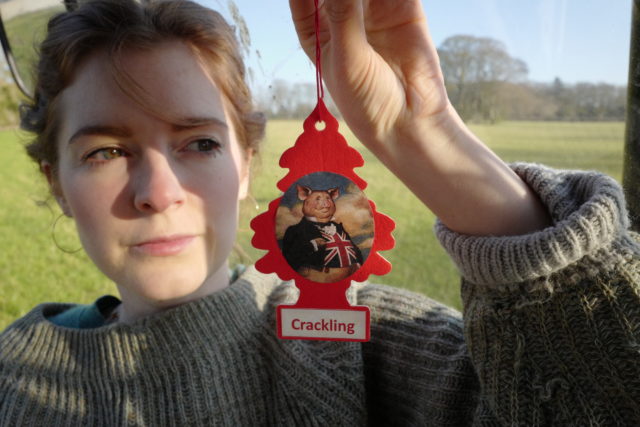 While not technically drinks-related, Mr Trotter’s has unveiled an April Fool based on one of the nation’s favourite pub snacks.

The air freshener is said to have aromas of “hot roasted pork, lemon mayo and a hint of India Pale Ale” and is the new must-have car accessory.

The creators said the accessory was initially intended for the tractor cabs of Britain’s night-time farmers, as a reminder of their missing pub.

However the producer’s Staffordshire based facility decided that the air freshener could have wider appeal as British households pine for the loss of their beloved pubs.

Mr Trotter’s spokesperson, Gary Gammon, said: “I can really see our pork-infused air fresheners in every shopping basket in the land, bringing the comforting aromas of the pub into every British homestead. What could be better than having these exquisite perfumes percolating every inch of the home?

“Who wants to spend hours awake in bed counting sheep when you can dream of herds of lovely pigs, floating mellifluously around the bedroom sky?” 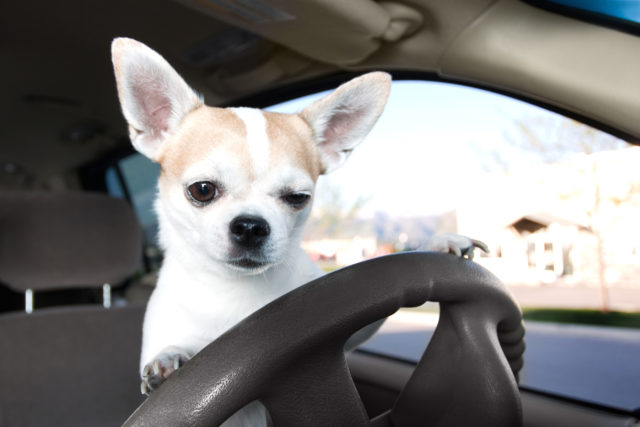 While many have put April Fools’ Day on hold this year, at the drinks business we feel humour is important to get us through the current crisis.

So this year, our April Fools’ fake news was inspired by the (real) great work of Stone House Urban Winery in Maryland, which has seen an increase in first-time orders since using a dog to deliver bottles.

As retailers struggle to fulfill the increased numbers of online orders, one UK wine supplier has scrapped its usual delivery fleet and launched a canine courier service.

Founder of newly-established Brix and Mortar, Avril Smith, said the move was inspired by a winery in Maryland that has been using an 11-year-old boxer called Soda to deliver bottles to punters.

Smith said she was hoping to set up local canine delivery hubs and was calling on members of the public to donate their dogs for the day.

She added that  Brix and Mortar would pay the going rate and would offer weekly bonuses in the form of dog treats and toilet roll.

The wine supplier has enforced strict safety measures in light of the current health crisis. Each dog will be washed before beginning its duties, and will also be weighed to calculate how many bottles it can safely transport.

This will be followed by a one hour training and health and safety briefing before the dogs are ready to begin their work.

It follows news reported last month that the UK government has added off-licences to the list of businesses deemed “essential” and therefore allowed to operate during the lockdown.

The World Health Organisation has said there is no evidence that pets can be either a source of infection or become infected with Covid-19.