The Swedish alcohol monopoly, Systembolaget, has threatened Vivino with a SEK 3 million fine, claiming that the wine app’s marketing is in breach of the country’s alcohol act. 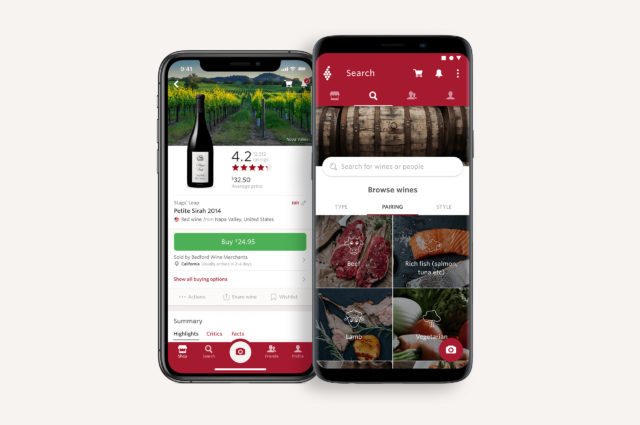 As reported by Dagens Juridik, Sweden’s state-run alcohol monopoly has argued that Vivino is breaking strict laws which govern the sale and advertising of alcohol.

Vivino began operating in Sweden in September 2019, having been founded in Denmark in 2010.

In a complaint filed at Sweden’s patent and market court, Systembolaget stated: “Vivino’s sale of alcoholic drinks is in violation of the Alcohol Act and is illegal.”

A spokesperson from Systembolaget told the drinks business: “I can confirm that Systembolaget has initiated legal proceedings against Vivino at the patent and market court in Stockholm.

A particular point of contention appears to be Vivino’s use of the words ‘fredagsmys’ (translated as ‘Friday night in) and ‘Black Friday’ to market drinks containing alcohol.

The Swedish alcohol cartel initially sent a cease and desist letter to Vivino on 22 January this year. Vivino responded stating that its operations in Sweden were entirely legal.

A spokesperson from Vivino told the drinks business: “After receiving the lawsuit filed by Systembolaget mid-week last week, we are reviewing the arguments with our legal counsel making it still too early to comment in detail.

“There are some incorrect statements that have been made public that we feel are necessary to address in order to clear up misinformation.

“The Vivino app has many users in Sweden, a part of our global community of 42 million, indicating that quality and more in-depth information about the wines they are interested in is important to them.
“We provide citizens within the European Union, including Sweden, with the right to purchase goods under EU free trade rules. All sales are handled in Denmark through Vivino, ApS. We remain confident that the claim about us overstepping Swedish law is misguided.”

In the following year, Vivino rolled out a new premium service which gives customers free delivery on 32,000 different wines.

In 2018, the company raised a further US$20 million in a round of fundraising led by Navarre’s investment company SCP Neptune International. Navarre was also given a place on Vivino’s board of directors.