General Election 2019: How the Labour, Liberal Democrat and Conservative party manifestos could impact bars and pubs

As the Labour, Liberal Democrat and Conservative parties published their manifestos last week ahead of a snap election, the drinks industry in the UK is now wants to know what’s in it for them. 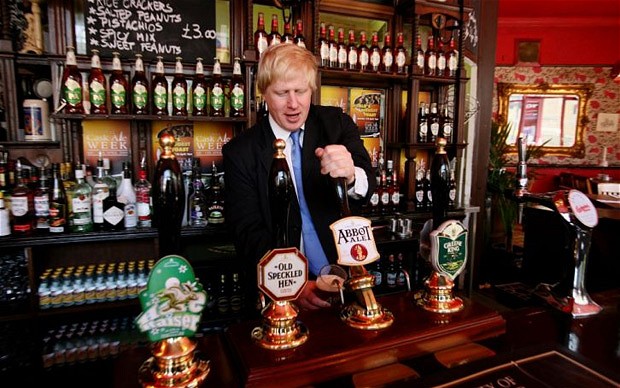 All three parties have made pledges to review alcohol duty in the UK, while business rates were also key on the agenda for Labour, the Conservatives, and the Lib Dems.

The rate at which businesses should be taxed is decided by Valuation Office Agency (VOA), and is based on the annual level of trade it is “expected to achieve if operated in a reasonably efficient way.” This is based on factors such as the area a pub or bar is located in, the services it offers like food or sports screenings, rents, and annual turnovers.

Rising business rates have swallowed profit margins and put small companies under pressure in recent years, and been blamed for creating a challenging high street environment that has led to closures across the country. More than 900 restaurants have closed in Britain in the year to June 2019, averaging out at 18 per week, according to data published by CGA and AlixPartners in August.

The British Beer and Pub Association (BBPA) and Campaign for Real Ale (CAMRA) have been campaigning for business rate reform for some years, and now, each party has suggested a solution.

However, when it comes to wider issues around public health and saving the struggling pub sector, each party has a slightly different approach, and across the board, reactions have been mixed.

We’ve taken a look at the policies that could affect businesses in the UK, and asked industry leaders how effective or helpful they think they could be.

When it comes to policies affecting the drinks industry, the party said it would:

The Community Ownership Fund, according to the party, will “help groups with the cost of preparing a bid, whether legal, commercial or planning-related, and co-fund some deserving purchases. The fund will be open to all community groups and we expect councils to facilitate bids.”

The Community Right to Bid was created in the Localism Act in September 2012. This gives voluntary and community organisations and parish councils the opportunity to nominate an asset (such as a pub or library) to be included on a list of ‘Assets of Community Value’. This means that communities can ‘pause’ the asset’s sale for six months, giving them time to raise the money to buy the site. The aim is to slow the rapid rate of pub closures in the UK. The Campaign for Real Ale (CAMRA) has said that around 14-15 pubs are now closing down per week.

As part of the Ownership Fund, the Conservatives have said they will extend this grace period to nine months, giving local groups more time to raise capital.

Currently, a pub owner is not legally bound to sell to a community, but “must weigh that against the risk of bad press. The owner is only bound to give time to the community group to bid for the pub.”

The Conservatives ‘ manifesto said it will give communities more power over their right to buy pubs, and

The manifesto has been met with largely positive, if slightly cautious reactions from the drinks industry.

The British Beer and Pub Association (BBPA), which recently appointed former Conservative MEP Emma McClarkin as its new chief executive, has, for the most part, supported the promises made in this manifesto.

“Pubs are the heart of our communities, so the commitment to ease their tax burden is welcome,” said a spokesperson.

“On business rates, pubs pay 2.8% of the total rates bill, despite accounting for just 0.5% of turnover. Reducing rates for pubs is an important step in the right direction. Such reliefs are vital until the fundamentally unfair system is overhauled.

The BBPA was more cautious when it came to the Community Ownership Fund pledge, fearing that it could put individuals or businesses off buying sites themselves.

“It is important that measures to bolster the rights of individual communities to purchase pubs do not act as a disincentive to invest in or operate a pub business.”

It said that beer tax is “a particular burden for pubs where 7 out of 10 alcoholic drinks sold are beer, a lower strength British made product. Particularly as we pay 11 times more beer duty than both Spain and Germany.”

“A freeze or cut in beer tax at the next budget is the most direct way of helping pubs stay viable.”

However, Tim Martin, the founder of pub group JD Wetherspoon, told the drinks business that the pub trade needs more than a promise of business rate reform, as “we might get higher taxes from ‘reform'”.

“My main wish is for tax equality between pubs and supermarkets, necessary for the long-term success of pubs, but no one in the trade is really campaigning for it,” he said, adding that without equality between the two, the on-trade will “continue to lose market share.”

Miles Beale, the chief executive of the Wine and Spirit Trade Association (WSTA), said reforming alcohol duty in the UK post-Brexit would put distillers, wineries and brewers in the UK on a more even playing field.

The existing EU framework is “unnecessarily complex,” he told db, and has created a “distorted market and an uneven competitive playing field.”

“As the largest and most broadly based UK trade association, the WSTA is well-placed to contribute to a review that should consider the operation of the whole of the excise duty system for alcoholic drinks, not just product rates.”

The Labour manifesto outlined a number of key issues for businesses in the drinks industry, pledging to:

In the manifesto, Labour said it will “list pubs as Assets of Community Value (ACV) so community groups have the first chance to buy local pubs when they are under threat.”

Buildings that are listed as AVCs are recognised as providing social wellbeing in their communities. They can be nominated to gain ACV status by local groups or parishes.

Much like the Conservatives’ fund, Labour’s plan puts the onus on local communities to pool together and buy pubs that are struggling to stay profitable.

However, as mentioned earlier, pubs can already become ACVs, and the number of pubs owned and run by local groups has been on the rise for a few years.

A Labour spokesperson has not yet responded to our requests for clarification.

McClarkin welcomed the proposal for additional bank holidays, which she said would “hopefully be a boost for the pub trade, and could be done in tandem with extended hours to give a further uplift.”

Minimum Unit Pricing was first introduced in Scotland in May 2018, and early estimates suggest alcohol consumption per capita has since fallen by around 1.2 units a week. It is now set to be rolled out in Wales next year.

MUP, McClarkin said, should be “carefully evaluated before a proposal is considered in England. Particularly as it has only been in place in Scotland for just over a year.”

The industry body would need to see “robust evidence”  that such a policy could curb problem drinking, “as well as a full assessment of the potential adverse effects these policies could have on thousands of producers across the country.”

“The industry takes reducing alcohol harm seriously,” he said, “but mandatory health warnings are not needed, have little evidence that they work to reduce harm and will be hugely costly for small brewers to implement.”

The Liberal Democrats, meanwhile, have said they will:

While a review of duty on alcohol is, no doubt, welcome for Scotch whisky producers, the BBPA has said a new policy “must include beer.”

“With three pubs a day closing their doors for good, cutting or freezing beer duty as part of a review of UK alcohol taxation is essential.”

CAMRA, meanwhile, had a similar take, and hoped that “beer and cider – generally lower strength and consumed responsibly in pubs – does not pay the price of duty cuts to higher strength spirits and wine.”

Miles Beale of the WSTA welcomed a review of alcohol duty on spirits to boost small distilleries, but also hoped it could be extended to other products.

Freezing alcohol duty, he told db, “would further boost British businesses, especially SME’s, helping them to invest and grow. Consumers need support too – a cut to wine and spirit duty would benefit everyone.

When it came to business rates being overhauled, the BBPA was unsure whether the Lib Dems policy would “directly help pubs”. Stainer, meanwhile, “cautiously welcomed” the pledges made by the Liberal Democrats and Labour party to review business rates.

“As with the Conservatives’ plan to reform the business rates system, CAMRA will be looking to make sure both Labour and Liberal Democrat proposals make sure that pubs no longer pay a disproportionate share of business rates,” he said.

McClarkin was more concerned over the introduction of MUP.

“The impact of Minimum Unit Pricing in Scotland should be carefully evaluated before a proposal is considered in England,” it said, “Particularly as it has only been in place in Scotland for just over a year.”

CAMRA boss Stainer was also “concerned” over the implementation of MUP.

James Calder of SIBA said the evidence for MUP’s effectiveness in cutting problem drinking is “not yet in, and any party should be careful of the wider impacts of a policy like MUP can have on small businesses, including small brewers.”

When it came to replacing business rates, Calder said the industry needs to see “more detail on how a commercial landowner levy…would impact on brewers and pubs.”