Roll-up, roll-up, London Cocktail Week is getting well under way in the capital. 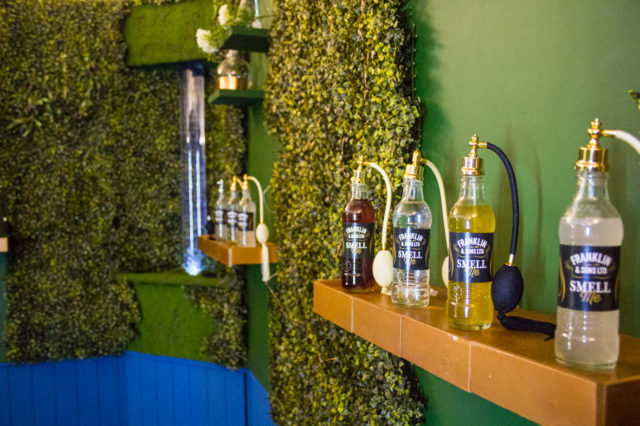 Now celebrating its 10th year, the event is a celebration of cocktail culture, offering consumers and the trade a chance to try some of the capital’s best drinks at London’s top bars at discounted prices, and encouraging new audiences to switch from their usual drinks order to something a little more complex.

Mixer maker Franklin & Sons launched its own multisensory pop-up in Trafalgar Square on Wednesday night, where guests are asked to choose their favourite G&T mixer by smell along, before they pick the garnishes from a living wall.

Click here to see our round-up of unusual, interesting and unashamedly geeky events you might want to look for this year.

In lifehacks, The Glenlivet has invented a way to save on washing up liquid. 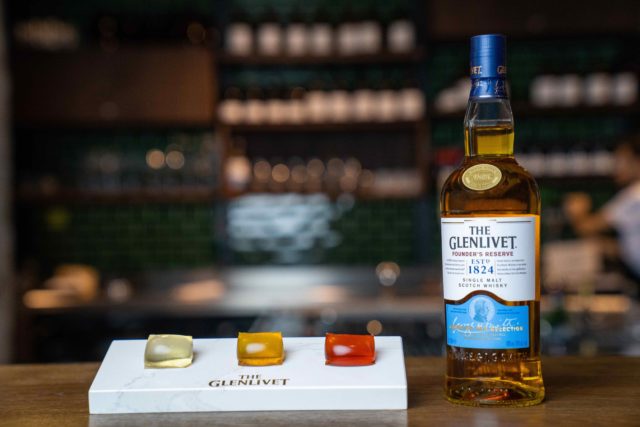 The Pernod Ricard-owned whisky label is unveiling a range of edible cocktail capsules made from seaweed in partnership with sustainable packaging start-up, Notpla.

Co-owners of Tayēr + Elementary, Alex Kratena and Monica Berg, created three original cocktails for the capsules, which are inspired by the elements and flavours of The Glenlivet Founder’s Reserve: Citrus, Wood and Spice.

We’re getting right stuck into autumn now, which means one thing: Europe’s grape harvests are well under way.

db‘s editorial team have been jet-setting across the continent over the past two weeks to take in the scenes and get the latest winemaking industry news right from the horse’s mouth.

First-up, deputy editor Phoebe French was in the Douro helping to stomp grapes with Porto’s Fladgate Partnership, as well as check out the producer’s new €100 million development.

Then, our editor Lucy Shaw flew to the Languedoc to help producer Gérard Bertrand with its own harvest a few days later.

Last week, web editor Edith Hancock (that’s me) took the Eurostar on a mission to find out the latest news from the Loire Valley.

We found out that Crémant sales are booming, and plenty of estates, including Samur-based fizz producer Ackerman, are reaping the benefits of a global sparkling wine boom.

Down in the ‘pierres dorées’ area of southern Beaujolais or Cotswolds-sur-Gamay as I shall call it from henceforth. While the crus to the north are planted on granite (for the most part) here the predominant soil is iron rich limestone. You can see it in the vineyards and the locals build their honey-coloured homes out of it too. It’s also where some of the regions best castles, manor houses and stately homes are located. There’s a push to get the area it’s own AOC (which would be the 13th in Beaujolais) as it currently falls under the overall AOC Beaujolais but getting that sort of thing approved by the relevant authorities takes a long, long time. #wine #beaujolais #pierresdorees #gamay #gogamaygo #instawine #instawines #winelife

Fine wine editor Rupert Millar has been in Beaujolais this week, and was particularly taken by Pierres Dorées in the southern part of the AOC, which he has renamed Costwolds-sur-Gamay. We can see why.

Head over to his Instagram to find out more about this little slice of Beaujolais and its mission to get its own appellation.

Anyone who’s anyone in the business of bartending flocked to Camden’s roundhouse on Thursday night to celebrate the launch of this year’s World’s 50 Best Bars ranking. 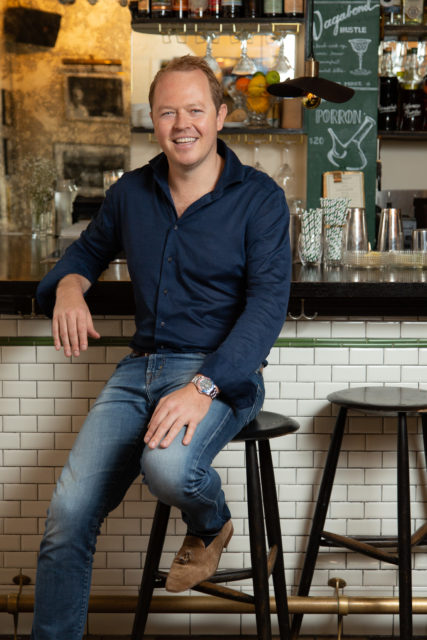 Congrats goes to Dante, the celebrated aperitivo bar and restaurant in NYC’s West Village has been named No. 1 in the 2019 ranking, rising eight places from its position in 2018.

Dante, which was taken over by Linden Pride (pictured) and Nathalie Hudson in 2015, has the added win of being the only bar in the US to win No. 1 at World’s 50 Best Bars and No. 1 at Tales of the Cocktail within the same year. Well done, guys!

After the gongs were dished out, the revellers headed down to 26 Leake Street in Waterloo for the afterparty, which went on into the small hours, naturally.

Regular readers of this round-up may remember that Champagne Bollinger has teamed up with some of the UK’s top chefs on a series of recipes celebrating a single ingredient and designed to pair with its recently released La Grande Année 2008.

Up next, we have a pairing from of Chef Peter Joseph (pictured) at Chelsea resto Kahani, who has chosen prawns for his dish.

Peter said the salinity from the prawns “combines with the sweetness from the coconut, the spices, the citrus and the smokiness from the tandoori clay oven thanks to the charcoal that we use”

An extra touch is added with the parsnip crisp, and red caviar to add a bit of crunchiness and, well, why not?

The dishes created as part of Le Grand Tour will be available for a limited period on the chefs’ respective menus throughout 2019. 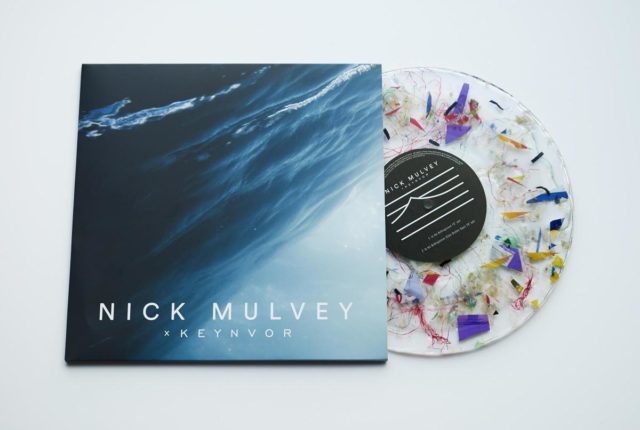 In other marine-related collaborations, Cornish brewery Sharp’s has partnered with Havas London and Mercury Prize nominated artist Nick Mulvey to create the “industry’s first” playable record made from recycled plastic washed up on beaches.

The record itself, referred to as an ocean vinyl, was made from clear plastic washed up on beaches that has been processed and pressed with multi-coloured plastic shavings to create a mottled effect. It bolsters the music industry’s efforts to boost its sustainable credentials and tackle the use of single-use plastic at concerts and gigs. 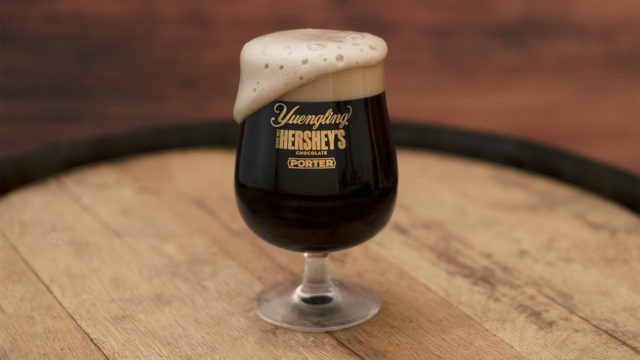 On the other side of the world, Pennsylvania brewer Yuengling, which was founded in 1829 and is America’s oldest brewery, has collaborated with confectionary giant Hershey’s – also founded in the same state – for the first time on a chocolate-flavoured porter infused with Hershey’s cocoa, syrup, and cacao nibs.

Buckets at the ready for English wine producer Nyetimber, as the vineyard workers are gearing up for one hell of a harvest tomorrow (5 October).

Grapes will be picked from 214 hectares of estate-owned vineyards in West Sussex, Hampshire and, for the first time, Kent.

Chardonnay, Pinot Noir and Pinot Meunier grapes will be hand-picked across eight of Nyetimber’s vineyards by 300 workers.

“The 2019 harvest seems to be shaping up to be a more typical year than 2018, with the start of picking returning to early October,” head winemaker Cherie Spriggs said.

“It is too early to say much about the fruit chemistry or flavours, but we are particularly excited to get the first, albeit small, experience of fruit from 6 hectares of our Kent vineyards, which will give us an insight into the characteristics we can expect from this site.”

The Bladons didn’t let the stormy weather dampen their spirits, investing in some savvy Jenkyn Place-branded umbrellas to keep the rain off.

Nicola Rossini, from Blue Bar at The Berkeley was crowed champion of this year’s national Speciality Drinks Whisky Cocktail Classic 2019 with his delectable creation, ‘The Iron Bridge’.

Rossini was up against fierce competition from Alex Sandu, Raoul’s Bar, Will Barker, Crying Wolf and Alex Todini, TRADE Soho, all tasked to create an original serve using a single malt Scotch whisky of their choice and just four ingredients.

Judged by journalist Chris Losh of imbibe, Sukhinder Singh, co-owner of Speciality Drinks and Ago Perrone, head of mixology for The Connaught, they were bowled over by Rossini’s winning creation, which included Craigellachie 13 Year Old. 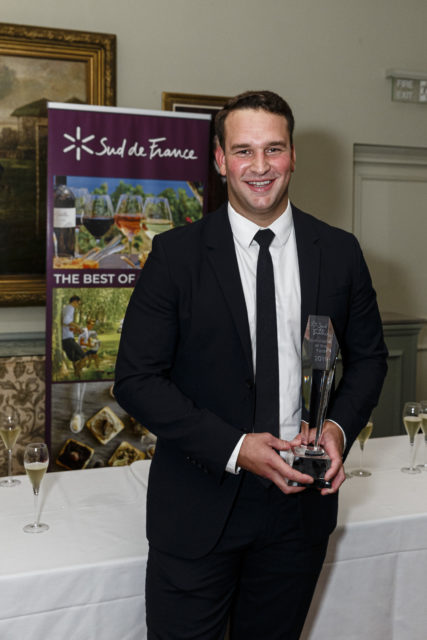 Speaking of competitions, assistant head sommelier at Michelin-starred Gymkhana in London, Andres Rangel, picked up the Sud de France UK Sommelier of the Year after a final held at The Queen’s Club. on Monday night.

The competition tests sommeliers on their knowledge of the Occitanie region, which is comprised of the Languedoc, Roussillon, and part of the Rhône Valley and vineyards in south west France.