Aurelio Montes Sr., president of Wines of Chile, has outlined his goal to get more small producers involved in the trade group by offering reduced or free entry to the organisation. 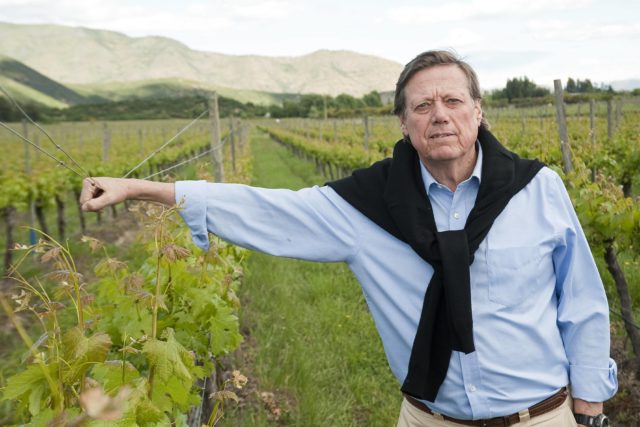 Speaking to the drinks business in Santiago, Montes, who took over as president last month, outlined why getting more small producers involved in Wines of Chile was important to him.

“My role is to make Chile better known and more respected,” he said. “I think small producers are weaker as they don’t have the resources to travel and put their wines out into the market, in the same way that a larger producer does.

“I think for us it’s key to bring them to our house and make them a part of it because they are a refreshing part of the wine community. They bring innovation, different technology and even old, traditional practices back again into the scheme of wine production.”

Asked why more small producers were not already part of the organisation, Montes said the main barrier to entry was the fee paid to the organisation. As such, he revealed plans to create different entry price brackets based on the value of goods exported.

“We’re thinking of giving them a very low price, or even free in some cases,” he said. “If you export up to US$1 million then you can be brought in as one of our small producers for free. If you’re above that, then you may have to pay a small fee, but not the full amount. Then we have another category, above that, in which you have to pay the full amount as the wineries currently working with us do.

“If I could get half of those not currently working with us to consider joining us, that would be fantastic.”

Speaking more generally about his plans for his two years in office, Montes echoed the trade organisation’s goal to raise the profile of Chilean wine.

“I aim to make Chile better known, although we are pretty successful already. In terms of wine production, we are number one among the new world countries and we are fourth in the world as a whole. So that puts Chile in a very privileged position and we’re really happy about that.

“But it is important that we consolidate that. I believe Chile deserves a better position in the market than the one it has today.

“Chile is perceived as a country with good value for money, inexpensive wines – unbeatable value for money I would say. One of my targets is to put Chile where it deserves, although it it is already a well-renowned country, it deserves to be a couple of steps higher and in a better position.

“This brings, as a result of this, a more fair price for wines. I think that Chile should aim for a better price point for its wines. There’s a programme here in Wines of Chile, which was put in place before I became president, to put Chile in the $35 FOB per case bracket. At the moment we’re on $28.9. That’s why we have concentrated all our resources on the upper price points. We’re not helping, spending or investing any money in wines that are below $15 retail. If you convert that into Sterling, that will be between £10-12.”

Montes also revealed that the organisation was focusing its attention on its top three markets – China, the US and Brazil – with the aim of doubling its activities in each of the markets. In particular, he spoke of a desire to “recover the American market” after losing ground since the financial crisis in 2008.

“Although the north American market has solved many of its problems since the financial crash, it’s still bleeding a little bit, it’s still wounded. It hasn’t recovered totally. The behaviour of the consumer has changed. Before the crisis, the market was really friendly and they loved to drink good wine. They didn’t care much about the pricing – it wasn’t easy, but it certainly was a very friendly market. After the 2008 crisis, today they are a little bit like the UK, they like offers. We want to recover the American market back.

“Chile has been doing rather rather poorly in the US. In terms of market share in the US, we have been losing some ground but not that much. We have 2% share of the total market and 8% of the imports. But it’s giving us a bit of a headache and it’s one of the markets in which we have to do a lot of things, and be very creative in what we do.”

Montes will be president of Wines of Chile until 2021. A well respected figure in the industry, he is a founding member of Viña Montes and is known for his ability in growing export markets.