A drinks startup has launched a new alcohol-free tipple inspired by the flavour, texture and body of wine, and it’s already gained a listing with one of London’s Michelin-starred restaurants. 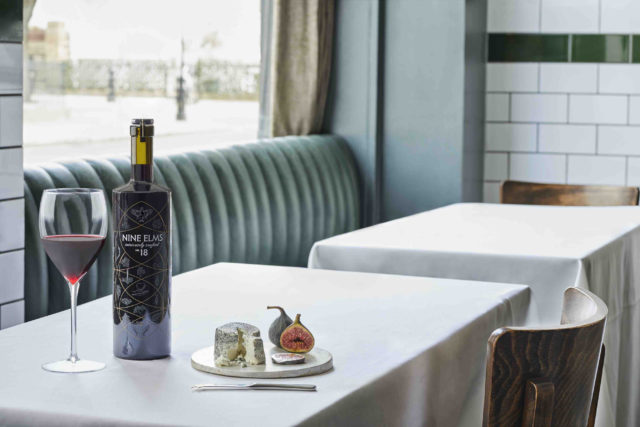 Nine Elms is produced by Timeless Drinks Ventures. The company was founded in 2016 by Zoltan Szucs-Farkas, a former marketeer for British American Tobacco, and Simon Charles Hamilton Rucker, who holds director positions at Liberty Herbal Technologies Ltd and management consultancy Grit & Partners, according to documents filed through Companies House.

According to a statement from the brand, it is a botanical-flavoured serve made using 20 different flowers, herbs and spices, and the juice of four types of berry – which the founders believe allows it to pair with “a broad range of rich, savoury dishes.”

The beverage, which is being distributed by wholesaler Enotria & Coe with a recommended retail price of £20, has just been launched at Isaac McHale’s east London restaurant The Clove Club, and will also be available at hotly-anticipated hotel The Standard when it opens in London this month.

James Morgan, who has joined the Nine Elms team, having previously designed the alcohol-free cocktail menu for Hakkasan Group’s London outposts, said it has “complexity, great acidity, mouth-watering tannins and a good long finish – but most importantly, it’s also delicious!”

Although it’s designed to serve as a straight pour and “pairs very well with a wide range of foods,” Morgan also suggested it could be used as an ingredient in low ABV cocktails.

“There is a huge gap in the market for high quality alcohol-free alternatives to the sorts of alcoholic drinks that are traditionally served with food and we believe that Nine Elms, starting with No.18, is the first to properly address this.”

Nine Elms sent us a bottle of the no. 18 to try ourselves and, in the name of journalistic integrity, we decided to taste it and see how it measured up to a typical wine. 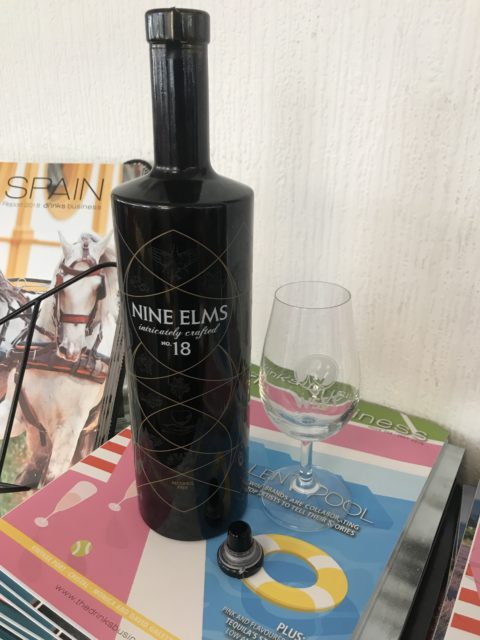 The team were impressed with the weight and feel of the bottle, which, had all the cues normally associated with a bold red wine such as Malbec from Argentina (although admittedly, it flies in the face of calls for producers to start using lighter glass bottles to reduce their environmental impact).

Eleanor Field, who writes for Wine List Confidential, said she felt customers would be willing to pay more for a non-alcoholic beverage if it sent the right message.

“It reminds me of a Bordeaux bottle,” she said. “I think it feels more worth the money like that than if it was in plastic.”

It’s also worth pointing out that the brand has used a glass Vinolok closure, which have become popular with many wine labels for their premium feel, particularly upmarket rosés. 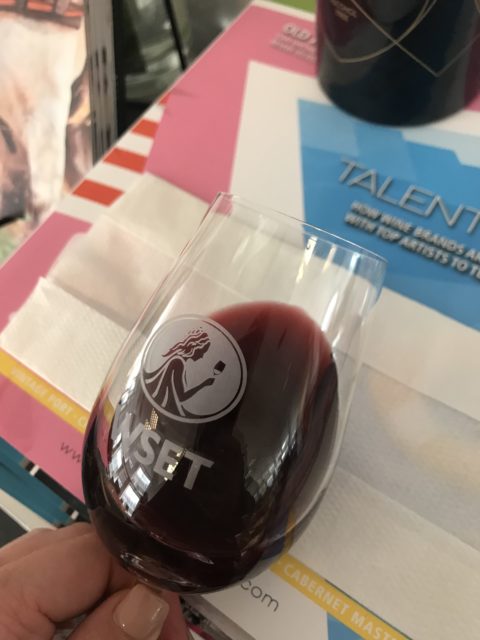 Having cracked our regulation WSET tasting glasses out and poured to the widest point of the vessel, we found a white paper napkin and examined the colour.

After a brief consultation, we decided Nine Elms’ no. 18 is “clear, deep, ruby”. Perhaps unsurprisingly, we couldn’t detect any legs.

On the nose, the drink is youthful and has a medium (-) intensity, with the most prominent aromas being hibiscus and rose hip, pot pourri and even a little red fruit coming through.

But on the palate, it was a different story:

“It reminds me a bit of Floradex”

“It’s not as sweet as I was expecting”

“Ok I like it now that I’ve thought about it.”

The acidity was there, but the tannins reminded one of our reporters of “when you drink cranberry juice”, present, close, but no cigar.

What also struck us was the unusually full body of the beverage, which although impressive for an alcohol-free wine, seemed odd when the overriding flavour was rose hip syrup.

Still, all things considered, we decided this is a very impressive attempt at creating an alcohol-free drink that straddles the line between wine and cocktail ingredient.

Lucy Shaw, editor of the drinks business magazine, said: “It’s certainly better than a lot of similar products we’ve tried before, but to me it doesn’t taste like a wine.”

“It makes you realise how important alcohol is to wine because it brings body and sweetness.”

“I think it’s interesting, but if you are a red wine drinker you would be disappointed.”