The final 25 cases of Château Mouton Rothschild’s ‘Versailles’ cases have been sold in New York as Sotheby’s also announced a record-breaking first half of the year for sales. 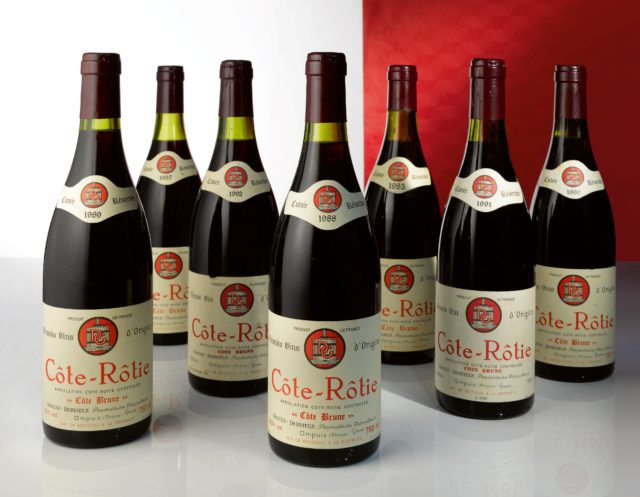 Taking place last weekend, the sale, which also featured an extensive private collection, realised US$4.6 million in total while Sotheby’s announced the auction had taken its wine sales in the first half of the year to $62m.

While the bulk will go to renovations at the historic French palace, proceeds from the London sale are being diverted to the restoration of Notre-Dame de Paris after its fire last month.

Catherine Pégard, president of the Public Establishment of the Palace, Museum and National Estate of Versailles, commented: “We are very happy with the results of the auctions, and the funds raised for the restoration of Versailles will be used for the renovation of the Royal Apartments and certain fountains in the Grand Trianon. We are honoured to be able to continue the shared history between Château Mouton Rothschild and the Palace of Versailles, and look forward to welcoming the successful bidders, who made this possible, to Versailles on 21 September 2019. ”

Philippe Sereys de Rothschild, chairman and CEO of Baron Philippe de Rothschild, added: “I am delighted with the results of all three auctions raising over $2.7 million for the restoration of Versailles and, together with Versailles, we are proud to have been able to donate the proceeds of the London sale towards the effort to rebuild Notre-Dame following the tragic events in Paris last month.

“My family and I are pleased to have been able to celebrate some of the world’s greatest contemporary artists – Giuseppe Penone, Bernar Venet, Anish Kapoor, Jeff Koons, Lee Ufan – through this special Versailles Celebration Case, bringing together art and the art of living, and continuing our special bond with the Palace of Versailles. We look forward to celebrating with all the successful bidders at the Versailles Celebration Gala Dinner, where our guests will enjoy the historic ex-cellar 1945 and 1982 vintages of Château Mouton Rothschild.”

The sale also featured the collection of Dr Daniel Salzman, laden with top-notch Burgundy and Rhône from producers such as Domaine de la Romanée-Conti, Roumier, Jayer, Chave, Clape and Verset.

It achieved $1.7m in total with three sets of three bottles of 1990 Romanée-Conti and six bottles of Jean-Louis Chave’s 1990 Ermitage ‘Cuvée Cathelin’ leading the sale at $80,600 apiece.

Jamie Ritchie, Worldwide Head of Sotheby’s Wine, said: “We were delighted to partner with Château Mouton Rothschild and the Palace of Versailles to raise important funds for the restoration of two such important French institutions.

“The success of today’s sale of the Château Mouton Rothschild Versailles Celebration Cases and The Pristine Cellar of Dr. Daniel Salzman perfectly illustrates the diversity, quality and impeccable provenance of the wines that we have offered this year. Our record-breaking first half wine auction sales total over $62 million, 20% more than any previous first half. We look forward to continuing this momentum in the fall, with exceptional collections scheduled to come to market in each of our locations.”