The organisers of the first edition of Wine Paris that took place this week have claimed the show met and even exceeded its aims for visitor numbers, setting a “benchmark as a key event in the wine professional’s calendar” in the process. 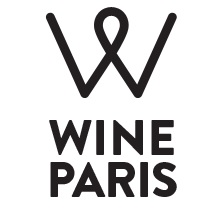 In a statement, the show’s organisers said 26,700 visitors, including 30% from outside France, had walked through the doors during the three day event in the French capital.

Held in Paris from 11-13 February, Wine Paris was the first edition of a show that brought together VinoVision – a show for France’s northern regions – and the longstanding Vinisud – an exhibition for Mediterranean wines.

Organisers Comexposium and the Adhesion Group had said prior to the show they hoped for around 25,000 visitors with 20-30% coming from outside France.

On the basis of the final figures for the show they have declared, those targets have been met.

The majority of foreign visitors, accounting for around 51%, were from the UK, US, Belgium, Germany and the Netherlands.

The show gathered together over 2,000 producers from all of France’s major regions as well as exhibitors from Italy, Spain, Portugal and other countries.

The Rhône, Loire and Languedoc were the most heavily represented regions.

Pierre Clément, chairman of the Cool Climate Association, said: “Our two respective trade fairs have put aside their regional ambitions to prioritise the city of Paris in 2019 and for years to come. Businesses within the wine industry have wholeheartedly expressed support for this project and are defending a common interest in the success of the event.”

Fabrice Rieu, chairman of the Association of Mediterranean Wine Regions, added: “For all the long-standing marketing boards taking part in Vinisud – Languedoc, Pays d’Oc, Roussillon, Rhone Valley, South-West, Provence and Corsica – Wine Paris 2019 has proven to be a real success! The trust placed in us by our exhibitors has given us reason to be enthusiastic and ensure the show’s long-term future with a new event in 2020 in Paris, creating a perfect opportunity for targeting export markets outside the EU which are essential for the development of our wine regions.”

The organisers went on to say that “nearly 70%” of the exhibitors have confirmed their presence on an increased scale for the second edition of the show, to be held from 10-12 February 2020.