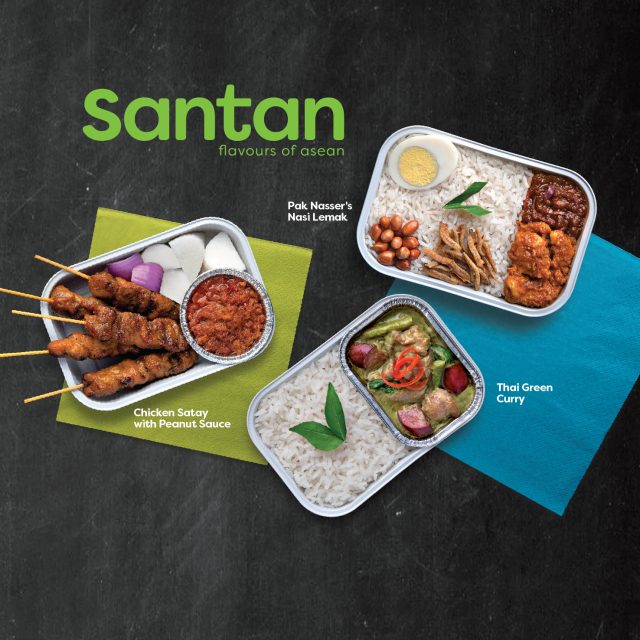 While food served on-board aeroplanes is often the butt of jokes, Air Asia believes its offering will stand up to scrutiny. The low-cost airline believes its in-flight menu is so good, it deserves the right to be served in a restaurant.

During an interview on radio talk show Larry King Now, Tony Fernandes, CEO of Air Asia Group said: “We believe in it so much that we’re going to start a fast-food restaurant out of it. It’s called Santan.”

However, Fernandes did not say when the restaurant would be operational, nor where it would be located. There has also been no official statement from the airline.

Santan, the Malay word for coconut milk, is also the name of the airline’s in-flight menu which launched in 2015. Other dishes served on-board include mapo tofu, pumpkin kootu and vegetable jalfrezi, kung pao chicken and kimchi beef fried rice.

Last month, Air Asia launched a “farm-to-air dining experience” as part of its Santan menu. A play on the popular farm-to-table movement, the airline will be serving up meals using seasonal ingredients “directly sourced from farmers across the country”.

AirAsia Philippines CEO captain Dexter Comendador commented: “Santan came about in 2015 as a tribute to ASEAN flavours, and here we are four years after, welcoming this year with a concept that is both good for the heart and nourishing for the soul. We are promoting healthy eating and helping Filipino farmers at the same time.”