This craft brewery is suing the US government over the shutdown, here’s why

A craft brewery in Washington D.C. is unable to sell a tank filled with newly-brewed beer thanks to the US federal shutdown, so its founders are suing the government. 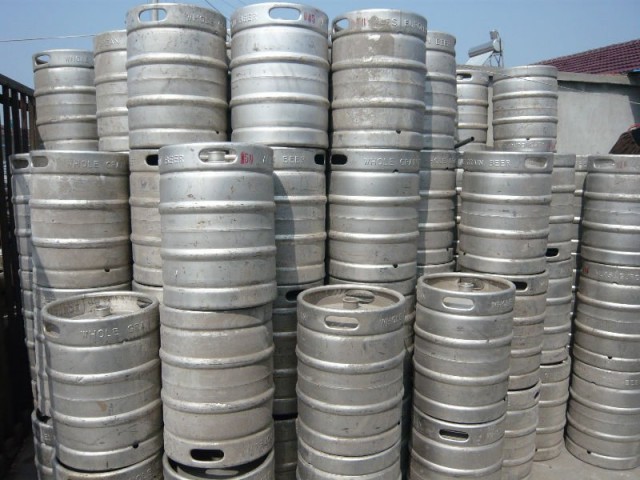 Altas Brew Works is one of many breweries around the US affected by the shutdown after the closure of the Alcohol and Tobacco Tax and Trade Bureau.

The TTB approves labels for new products like beer, wine and spirits, with a Certificate of Licensing Approval (COLA). Businesses that wish to sell their beverages in the US are required by law to have their labels approved by the department before they reach the market.

Atlas, which has joined local groups in Washington in creating an online platform that allows people to buy beer for federal workers furloughed by the shutdown, is waiting for keg labels for The Precious One — an apricot IPA — to be approved by the TTB. The labels for the beer cans have been approved, but not for its kegs, which means it can’t ship them outside of Washington D.C.

In response, Atlas filed a legal case against the Attorney General, pleading the First Amendment. The lawsuit, filed at Washington D.C.’s District Court on Tuesday, said that the brewery “sits on 40 barrels of seasonal, perishable beer…that it cannot lawfully label for interstate sale in kegs as scheduled, for lack of COLA.”

The brewery started making its first batch of The Precious One on 3 January, and had initially planned to brew enough to fill 100 barrels. Around 60% of its beers are exported to other US states. The beer is perishable within 120 days.

Alan Gura of Gura PLLC, the attorney representing Atlas, told the drinks business that this is a “very new” problem facing brewers since the shutdown has become the longest in the country’s history.

“Breweries need to schedule their production plan” he said, adding that “nobody knows when the shutdown will end.”

“This isn’t to say that brewers might not have been affected by previous shutdowns,” he said, “but this is a very new problem facing businesses that are unable to sell their products without approved labels.”

Atlas said it is unable to sell the whole tank in canned format and needs to ship “substantial amounts” of its IPA to other states before the product perishes and becomes “worthless.”

Gura has used the argument of a right to free speech to plead the brewery’s case. “Beer labels are considered free speech,” he said. “It is commercial speech, but it is still speech.”

The suit says the Federal Alcohol Administration Act “subjects Atlas to criminal penalties should it ship beer with unapproved labels in interstate commerce.” The closure of the TTB and inability of brewers to gain new certificates, it argues, makes filing this brief “impossible.”

Atlas, Gura claims, “cannot be denied the right to speak for lack of meeting an impossible condition.”

The brewery’s founders estimate that it would lose roughly $5,000 (£3,880) if it can’t sell the 40 barrels, but this would go up to $15,000 if they met their 100 barrel target but were still blocked by the shutdown. Atlas has asked the Attorney General to apply a temporary injunction which would allow it to sell its beer without being punished under criminal law.

The TTB receives an average of 500 applications for new labels every day, According to the Brewers Association in the US.

the drinks business has contacted the Attorney General’s office for comment and awaits a response.

Speaking to the drinks business last week, director of the Brewers Association, said craft beer growth in the US “could slow way down” if the shutdown continues, and even if it is lifted this week, the industry still faces problems.

“Spring seasonal releases are already jeopardized, as even if the shutdown was lifted today, any new application wouldn’t likely be touched by TTB until March. TTB hasn’t processed with beverage alcohol labels from applications starting December 13.”

“The backlog is going to be unwieldy once the government starts up again.”