Sales at UK wine specialist Majestic grew over the Christmas period, driven by the strongest ever performance from Naked Wines, particularly in the US. 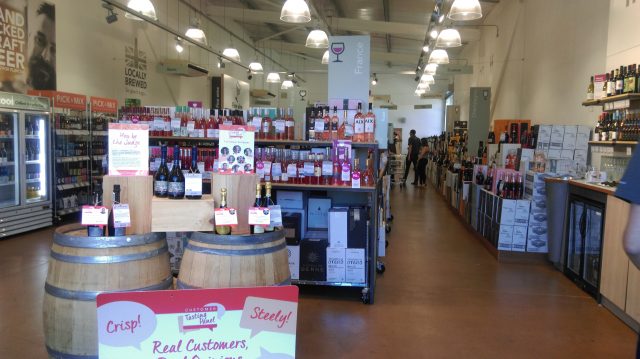 Sales across the group rose 6.3% during the retailer’s key Christmas season, which accounts for 30% of its annual sales, a welcome result after the company downgraded its expectations in November due to the sluggish UK retail market. The growth largely came on the back of a strong performance at Naked Wines, which saw growth of 15.9% compared to last year, boosted by a 21% increase in the US. US sales of Prosecco did particularly well, up 29.8% during the festivities, with Hungary, Bulgaria, Greece and Lebanon also up 58% overall.

Sales in the group’s retail wing rose 1.5% on the same period last year, boosted by a late surge in sales, which saw a 47% uplift in the week before Christmas, as shoppers waited later than usual to stock up.

There was also a slight increase in momentum from last year, which grew 1.2%, albeit 2019 was slower than the 6.2% growth two years ago.

The retailer reported more unusual regions had proved popular including wines from Eastern Europe, Greece and England, which saw sales up 65%. There was also a renewed interest in German and Austrian wines, up 99%, while Madeira also had an unexpectedly bump, up 20%.

There was also growth in Majestic’s Commercial arm of around 3.5%, and its fine wine business Lay & Wheeler, of 5.3%, a marked improvement on last year, which saw sales decline by 4.6% and 4.7% respectively.

Group chief executive Rowan Gormley said trading has been challenging over the Christmas period, but the trends reported in its November results remained the same – strong growth in overseas markets and Majestic’s digital propositions but headwinds for the UK Retail stores.

He reiterated his belief that consumer behaviour was changing and we are seeing “a revolution” in retail.

“We think there will be winners and losers, and we believe we have what it takes to be one of the winners. We are uniquely placed, with the people, data and skills in place to succeed despite the headwinds we are seeing,” he said.

“We look forward to setting out more of our future plans for the group, including the Retail business with our full year results in June.”

In November the company announced lowered its forecast on earnings before interest and tax (EBIT) for the 2018 financial year, revising expectations to be flat across the financial year, instead of seeing growth of £600k, due to the tough UK retail market.