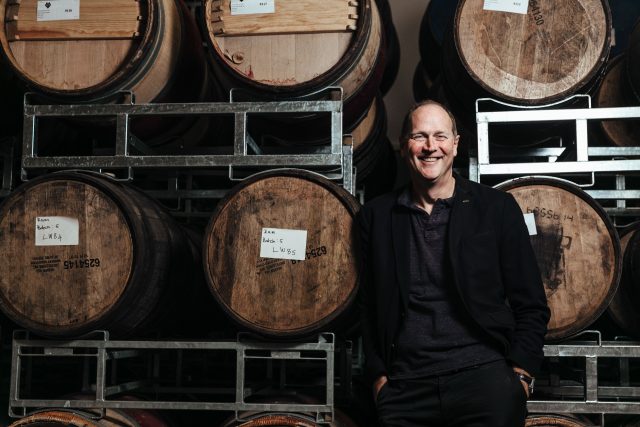 Gates — who left his position as managing director of Diageo’s innovation arm, Diageo Futures, earlier this year — has worked for the spirits giant for 27 years. Before taking on the innovation role in December 2016, he was in charge of Diageo’s premium core spirits range, in particular Scotch whisky.

In his early career Gates oversaw the growth of the Johnnie Walker brand. As part of this he worked with the team to create the short film/long advert ‘Man who walked around the World’ in 2009.

The six minute film features Full Monty and Trainspotting actor Robert Carlyle, who tells the story of the whisky brand while walking through the Scottish Highlands.

His team won a Cannes Gold Lion for the brand’s work with Carlyle.

The Johhnie Walker team, according to Gates’ Linkedin profile, were working on an “aggressive innovation agenda” under his direction, which included the launch of Johnnie Walker Double Black.

Now Lone Wolf Spirits, which launched in April 2017, is gearing up to add dark spirits including rum and whisky to its portfolio.

Brewdog founder James Watt called the whisky veteran “a force to be reckoned with in the industry.”

“I can’t wait to see where David takes LoneWolf – he shares our vision in standing as a marker and custodian of purist, truthful distillation methods, and his fresh, challenging thinking will not only take LoneWolf to new levels, but the entire category.”

Last month the distiller unveiled a brand refresh to improve differentiation between its core spirits range ahead of its expansion.

LoneWolf confirmed a distribution partnership with Global Brands in January, hoping to increase its exposure to the market.

Gates said the chance to work with “the industry’s biggest disruptor was just too good to pass up.”

“What BrewDog has done for the beer industry is nothing short of awe-inspiring, you can’t help but be impressed with the energy, vibrancy and unapologetic attitude they’ve injected into the category. It’s that same creative flair & obsession for quality that I hope to bring to the spirits portfolio.”

“Whilst huge strides have been made in whisky, the industry still lacks real innovation. We’re here to change that and inject more excitement, playfulness and creativity into spirits.”