Forget the stereotype that Argentina is all about Malbec. With an increasing number of vineyards at higher altitudes and a greater understanding of terroir, winemakers have woken up to the vast potential of their whites, and are investing heavily in their production. We talk to Madeleine Stenwreth MW about what’s driving Argentina’s white wine revolution. 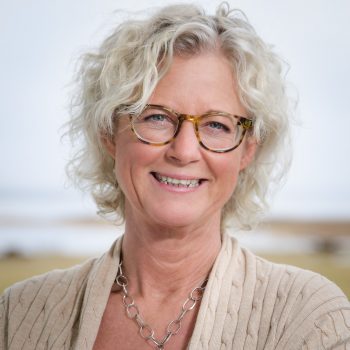 Argentina is known for its Malbec, but white varieties are gaining increasing prominence. What’s changed?

Producers have been so busy cracking the code to optimise their expression of Malbec in various sub-regions that white wines were not given enough attention. Winemakers didn’t focus enough on challenging winemaking protocols and they played it safe. Many producers did not fully understand the potential that their white varieties had. That boost of self-confidence has pushed innovation and experimentation to the next level with greater results much faster than expected.

Also, the Argentine cuisine has changed in the last few years moving towards more vegetables and fish to balance their meat-consumption, so the changes have also been dictated by the needs of their domestic market. Whites overall, and especially Sauvignon Blanc, have become a trendy offering on wine lists in Buenos Aires. Vegetarians would not feel lost in Argentina anymore.

What has helped Argentina’s white wines to increase in quality?

More recent plantations in higher altitudes in Uco Valley have come of age to deliver very high-quality grapes with natural freshness, lower alcohol, restraint and fine layers than was previously sourced from the warmer parts of Mendoza.

The ongoing work in developing new GIs has created a much better understanding of the diversity of the soils, including the influence of the calcium carbonate findings in some sub-zones, and the effect this has on the quality and expression of different varieties.

Producers have dared to challenge the limits of viticulture in extreme places such as in San Pablo and Las Carreras and experimental vineyards in places never previously considered for vines, such as in Chapadmalal on the Atlantic coast, 400km south of Buenos Aires and 7km from the sea in Mar del Plata.

The cooler past vintages have also been really positive for the change in style of wines, both for the reds and the whites, and have pushed the winemakers to follow the “less is more” route, placing more confidence in what the vineyards are capable of delivering: natural freshness and lower alcohol with better expression of the place. The use of larger sized oak, used rather than new, and the boom in the amount of concrete eggs has also allowed for honesty and fruit purity to shine through.

Young dynamic winemakers (such as Matias Riccitelli, Michelini brothers etc.), have dared to go a ‘bit crazy’, pushing the limits of their winemaking and inspired others to create innovative styles.

With which varieties does Argentina’s white winemaking future lie?

Chardonnay that dares to be push the boundaries; fresh and elegant with flinty austerity while having textural qualities to show the quality of the vineyard. There is some really exciting Chardonnay from high altitude vineyards (up to 1700 masl) in Valle de Uco.

Semillon: Great acidity and texture at modest alcohol levels. It also adds so much interest to a blend. Many old Semillon vineyards have been revived and now deliver wines which surprise and excite. Semillon is also a great reminder of the 1850´s when Semillon, Chenin and Muscat cuttings arrived to be planted in Argentina (and other southern hemisphere vineyards).

Sauvignon Blanc: There are a few producers that have cracked the code to making Sauvignon Blanc competitive on the world stage since the first serious example was produced by Dona Paula in the early 2000s. It’s still a work in progress but shows great promise in a few scattered places. It remains an excellent blending component, including with Torrontes, lifting each other to new dimensions. Blends overall, are still underestimated.

Albarino: There is so little planted but it shows excellent promise, especially the first harvest of Albarino from the Atlantic Coast vineyards in Chapadmalal.

Torrontes: When treated as a high-quality varietal and cleverly tamed (as in Susana Balbo’s barrel-fermented Torrontes from plantings in Altamira, or El Esteco 1945 Old Vines from Cafayate) it can change the mind of anyone in doubt of its excellent quality attributes.

Which regions are shining brightest for white wines?

Valle de Uco, from 1100 masl and up: We have seen extremely promising results of high altitude sites such as Altamira, Gualtallary, Los Arboles, Las Carreras and San Pablo.

Chapadmalal on the Atlantic coast: If they can manage the protection from the forceful winds of Mar del Plata, this will be a great source of high quality whites in the future (primarily Albarino, Sauvignon Blanc, Chardonnay).

Pedernal Valley in San Juan is still such a new area for white varieties, but there have been some exciting results with aromatic whites such as Sauvignon Blanc and Gewurztraminer.

Cafayate continues to push Torrontes into new exciting styles, including using whole berries and bunches of sun-protected clusters to add interesting layers, pretty floral notes, grip and texture and fermented in concrete/ceramic eggs to build on textural components. There have also been some very interesting oak-fermented versions. When Torrontes if tamed in the right way it is highly intriguing and also offers excellent opportunities for sommeliers in restaurants. 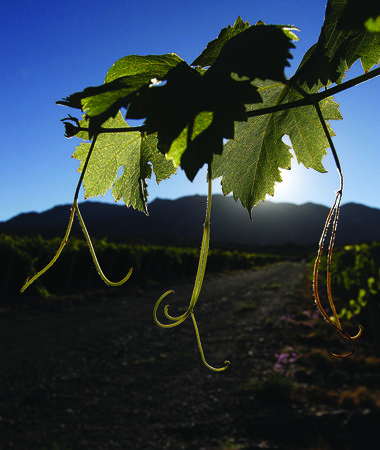 What has been the most surprising revelation about Argentine white wines for you?

How fast they have learned to understand their soils, which was not a focus in the past, to digging soil pits and realising the incredible diversity of soils between such short distances. Then applying for and creating new GIs to reflect the diverse terroirs through their wines. How the younger generation has been so much part of the revival of old vineyards and pushing for saving the heritage, bottling wines of great integrity and quality, as with Semillon and Chenin Blanc. Winemakers traveling intensely to visit Rias Baixas, Valdeorras, Bierzo and the likes for inspiration tells the story of what they are aiming for in the future.

What is the biggest challenge for Argentine winemakers in furthering their white winemaking ambitions?

Normally you would say picking too ripe and staying away from using too much oak, but many have gone through this stage already. Most of the top producers have also already gone through the next phase of a developing white wine region of picking too green in aiming for a “Chablis style” resulting in lack of flavour and texture.

In many areas of the world, the Chardonnay pendulum has swung too quickly from big and rich to lean, green and lacking flavour before they have found the equilibrium of where elegance can match the perfect level of flavour intensity and texture. This happened here as well but this stage of the pick early (green acid and tartness) was very brief, and I have been impressed with how quickly many producers have found that ideal balance of freshness and texture.

What sentiment best sums up Argentina and its wines?

That they almost seem surprised when seeing the results in the wines, indicating a charming humbleness under the surface of the famous Argentine confidence.