Milestone Beverages aims to ‘bring sexiness back to Chianti’

Joe Milner, managing director of Hong Kong-based wine and spirits company Milestone Beverages, is hoping to “bring sexiness back to Chianti”, with the launch of its latest Chianti wine range called ‘Atilius’ that has now become available in five key markets across Asia. 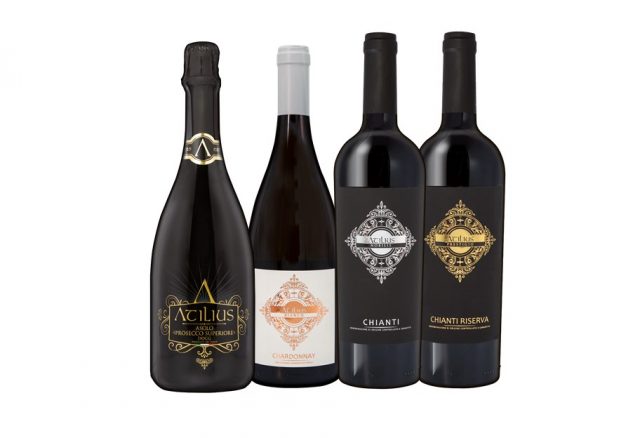 Consisting of a Chianti DOCG ‘Nobilis’, a Chianti Reserva DOCG ‘Prestigo’, a Chianti IGT Chardonnay and a Prosecco Superiore, the range was described by Milner as “unmistakably Italian” targeting younger, urban middle class drinkers in Asia.

“Previously working with Ruffino at Constellation Brands, I fell in love with the Chianti category, Tuscan wines and the general Italian way of life. However, I felt some of the Italian wine brands relied too much on heritage and place of origin, which comes across in much of the category’s packaging,” said the executive, who previously worked with Diageo, Pernod Ricard and Constellation Brands before setting up his own company Milestone Beverages.

“With Atilius wines, we wanted to bring the sexiness back into the Chianti category. Unmistakably Italian, we strive to bring a bit of personality to Chianti through clever and insightful marketing. With a minimalist, intricate label design and charming wine, we wanted to bring the Asian consumer authentic but stylish Italian way of life,” he added.

The Atilius collection is unabashedly focused on Chianti, a wine region that Milner decided to highlight for its long wine history and established reputation among Asian wine drinkers.

“At Milestone Beverages, our value proposition is we look to create brands in scalable categories.  The reality is that Chianti is the biggest Italian wine region in Asia and is synonymous to Italy for most Asian consumers,” he said.

The Chianti ‘Nobilis’ is a blend of 90% Sangiovese and 10% Canaiolo, aged in stainless steel tank, while the more premium Reserva ‘Prestigo’ using the same blend is aged a minimum of 12 months in French oak barrels, and another 6-8 months in oak casks in addition to 12 months in bottle before release.

Aside from the two reds, the range included a Chardonnay and a Prosecco Superiore. “We contemplated Prosecco DOC but did not want to play in this hyper competitive space. This decision has really paid off as the consumer is starting to differentiate between the different tiers of Prosecco.” he commented.

Launched in mid 2017, the wines are available in five markets across Asia via Global Noble in the Philippines, MMS in Indonesia, The Wine People in China, Jiu Zhi Fu in Taiwan and its base in Hong Kong.