US wine magazine Wine Spectator is on a list of publications banned from New Jersey state prisons, along with the likes of Hustler, Booty and 50 Shades of Grey, despite being offhandedly referred to as ‘Wine Spectacular‘ – much to the surprise of its editorial team. 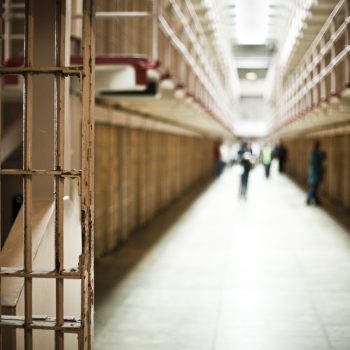 The exclusion of the magazine from prisons in New Jersey was uncovered by the magazine amid the furore over the state’s decision to ban The New Jim Crow: Mass Incarceration in the Age of Colorblindness – a book by Michelle Alexander, a civil rights litigator and legal scholar – which discusses race-related issues specific to African-American males and mass incarceration in the United States on the premise that “mass incarceration is, metaphorically, the New Jim Crow”.

The ban on this book has since been lifted. However during a campaign to have that book reinstated, The American Civil Liberties Union (ACLU) of New Jersey sent a request to the New Jersey Department of Corrections (DOC) asking to see documents detailing which other materials were banned.

In a list headed ‘Current Banned Magazines’ (pg. 22) were magazine such as Hustler, Black Dolls, Booty, D Cup and XXL, and right at the bottom, ‘Wine Spectacular’.

Since there is no other publication by this name, one can only assume to document to be referring to Wine Spectator, the magazine founded in 1976, and which is now published by Marvin R. Shanken – the founder of M. Shanken Communications.

However more curious is why a magazine detailing the intricacies of the world of wine should be banned from any criminal justice system in the first place. After all, why should any wine-loving criminal be kept from enjoying their monthly dose of wine-related news, tastings and opinion?

According to Wine Spectator, which reported on the discovery in its Unfiltered column, the New Jersey DOC couldn’t say why its publication was on the list of banned magazines. However it did say that the list of contraband was “under review” as a result of lobbying by the ACLU, which argues banning books and other materials is against inmates’ First Amendment Rights.

“Although the NJDOC’s policy regarding the availability of written materials to the inmate population is in accordance with the New Jersey Administrative Code 10A, please note that the department’s policy, as well as all current lists of banned written materials, is under review for appropriate revisions,” it said in a statement, published by Wine Spectator. “This process will include … examining our current lists to determine the reasons why particular publications were banned.”

No word yet on if The Drinks Business would get past security.