The founder of Woot.com, which was bought by Amazon in 2010 for US$110 million, has launched a new online wine outlet in the US in a bid to revive “the best model for online wine deals” after Amazon announced it was axing its wine business, including Woot.com’s Wine.Woot service. 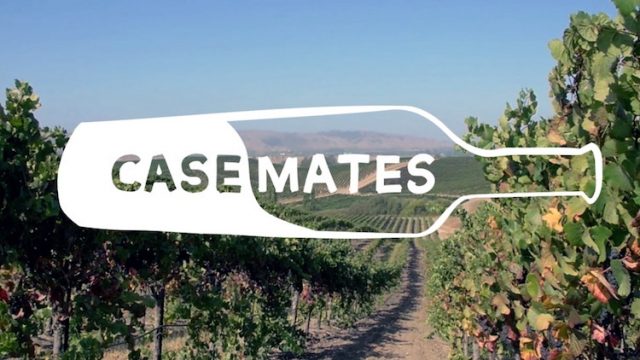 Woot.com was founded in 2004 by Matt Rutledge and grew to become a pioneer in the burgeoning “daily deals” market. In 2006 it expanded to form Wine.Woot, a platform that allowed US winemakers to sell their product to customers all over the country, formed out of a partnership with David Studdert’s Wine Country Connect.

“Before long, an active and knowledgeable community of wine lovers started to gather there, buying wines to which they didn’t previously have access, and sharing the mutual benefit of their collective knowledge and insight about the wines offered for sale. It was pretty cool.”

As the site grew and the deals improved, items regularly sold out just minutes after they were posted — especially Woot’s famous “bag of crap,” which usually contained a hodgepodge of whatever leftover inventory and office supplies the team had lying around.

However in the wake of Amazon’s £10.7 billion acquisition of Whole Foods in December of last year, Amazon announced it would be bringing an end to its wine ventures, including Amazon Wine and Wine.Woot, by the end of 2017 as it steps up its wine retailing through other outlets.

In an email sent out 23 October, Amazon stated: “As Amazon continues to offer customers additional retail options for buying wine, we will no longer offer a marketplace for wine at this time, and Amazon Wine will close on December 31st, 2017.”

Now, in an effort to fill the gap left by Amazon’s disposal of its wine arm, Rutledge and Studdert have launched a new venture called Casemates, which will allow wine producers to sell directly to US consumers.

Once launched, Casemates will offer new wine deals three days a week at midnight ET – Mondays, Wednesdays and Fridays – with each deal lasting until the new one begins. Shipping will be $8 to $12 per order, though the company has offered a year of unlimited shipping to backers on Kickstarter who invest $60.

“Our direct producer-to-consumer model was compelling enough that no less a juggernaut of internet retail than Amazon adopted it for their own wine marketplace,” the pair state. “They had separately acquired our Wine.Woot business as well. These were pretty good times for oenophiles interested in finding and trying wines their local outlets didn’t carry.

“Then, this past fall, following their announced acquisition of Whole Foods, Amazon let users know they’d be shuttering both Wine.Woot and their own wine marketplace at the end of the year. And like that, one of the best online experiences for wine enthusiasts will cease to exist.

“We pioneered the winery-direct retail model for wine fans to buy online, from winemakers, with no middlemen. We created this method – we’re not even a store, the wine you’re buying is sold by the producing winery. So no one’s better positioned than we are to step in and rescue it from extinction like John Hammond with the velociraptors. We’re calling this new iteration Casemates.”

The site will incentivise wine buyers to buy an entire case by offering them better deals on those orders, while also fostering a spirit of community among enthusiasts via online forums to encourage co-operative purchases.

“Split an order with friends you never knew you had — and share the savings you get from shipping a whole case,” the pair add. “There’s no more efficient way to ship wine, and no better way for the Casemates community to reap the benefit of their own numbers — and our logistical optimization know-how.

“Building strong and cohesive user communities has paid dividends in all our online ventures, but this will be the first time our users will realize a direct, material benefit simply by the fact of each other’s existence. We’re pretty excited about it. We’ll still offer the best smaller-lot events in the market too, but shared case orders will be where users find the greatest efficiency, and subsequently the best value.”

Casemates is part of A Mediocre Corporation – the e-commerce startup incubator Rutledge created after leaving Amazon and Woot.com. Other Mediocre projects include Meh.com – a reincarnation of Woot – and the flash-sale site called MorningSave.com.