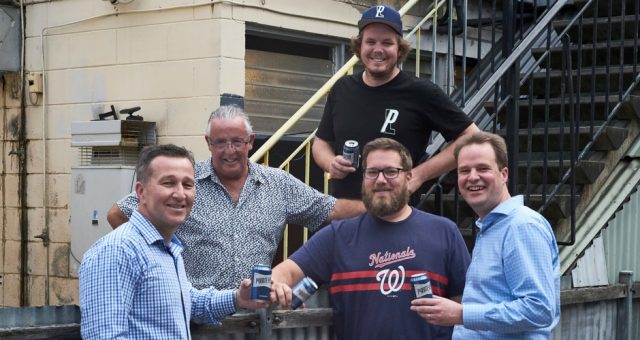 The news was announced yesterday (30/11/17) by Carlton & United Breweries, a subsidiary of AB InBev, which stated that Pirate Life was “set to continue its unprecedented growth path after being acquired by AB InBev”.

The creation of the new brewery will mean Pirate Life’s current site in Hindmarsh will be dedicated to creating “new beers including sours, seasonal barrel-aged products”.

This is AB InBev’s second aquisition of an Australian brewer in recent months, after it announced in September that it was purchasing craft producer 4 Pines, based in Sydney.

Returning the Australia, the pair founded Pirate Life was founded in 2015. It performed particularly well in this year’s Beer Masters, picking up two Masters and a Silver medal.

In September, AB InBev laid off 400 employees from its High End division – the section responsible for its craft beer acquisitions and ‘super-premium’ imports – in a bid to concentrate on its existing portfolio of 10 US craft breweries, however this move has not appeared to affect its acquisitions outside of America.

Pirate Life co-founder, Jack Cameron, commented: “Looking back at what we set out to do when we started in 2015, we aimed ‘to be an exciting and challenging new company brewing internationally recognised beer that excites and challenges the lifestyles and palates of beer drinkers globally. Continuing with this philosophy, our new partnership helps us take our dream to a level we could never imagine and push ourselves and our beers further”.

“Our whole team are sticking around and it’s invaluable for all of us to be able to benefit from the knowledge and skills of some of the best brewers in the world”.

“Pirate Life’s brand is premised on a carefree and relaxed attitude and the ability to create great beers. This approach can only be enhanced with a new brewery, access to ingredients and shared knowledge from other AB InBev brewers in Australia and elsewhere.”

“We have a lot to offer each other and our joint growth plans will commence immediately with a $10m investment in an exciting new South Australian brewery that will benefit the local economy and see more beer lovers live the Pirate Life”.

Pirate Life Co-Founder and Chief Brewer, Jared Proudfoot, said: “The reality is we have run out of capacity at Hindmarsh. With this partnership we’re in a fortunate position to upgrade to a new, bigger brewery while dedicating Hindmarsh to innovate and craft a whole range of new styles to make sure we keep pushing the boundaries and evolving”.