The world’s most disgusting alcoholic drinks

From cocktails we wish had never been invented to beer fermented by human saliva and everything in between, our world tour takes in some of the most disgusting alcoholic drinks out there. 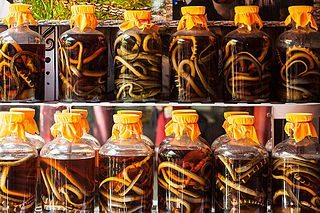 One of alcohol’s great virtues is the ease with which it can be made: almost anything can be brewed and fermented. We round up some of the most unappetising beverages that demonstrate that although it is easy to make, it is very difficult to get right.

Some of the things on this list were invented by mavericks harnessing new technology while others are steeped in local cultural traditions, but all are bound to make you gag. 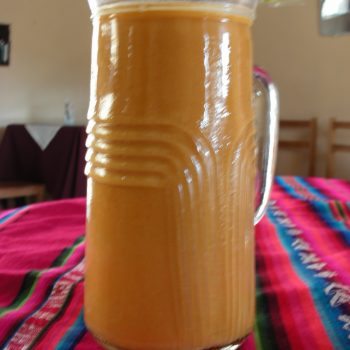 We kick off the list with this traditional South American corn beer. Chicha makers chew the corn to mill and moisten it, as saliva converts the corn starch into fermentable sugars, and spit it out and leave it to dry.

Dating back to 5,000 BC and originating in the Andes, when fermented the purple corn creates a simple, light beer.

For those that aren’t thrilled at the prospect of drinking saliva, modern methods mean the corn can be germinated without the hours spent chewing. 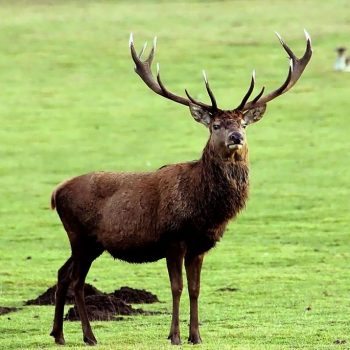 This wacky concoction, the idea of New Zealand pub owner Steve Drummond and brewed by Kerry Gray, is the only semen-based drink on our list.

The chocolate stout includes a measure of “export quality” deer semen, and those who have dared to try it at the Green Man in Wellington describe is as “creamy”.

Thankfully, its creaminess comes from being served on hand pump rather than a carbonated tap.

A mixture that we think is best left to the imagination, this vile shot combines Jagermeister and mayonnaise, and lays a serious claim to being the worst looking drink on this list.

Smoking is bad for you, but we’re not sure drinking this would be any better.

Popular in China and Korea, this supposedly healthy tonic is made by dropping live two-day-old mice into a bottle of rice wine and leaving them to ferment for roughly a year.

It apparently has medicinal properties, and is supposedly effective at treating asthma, but the plonk is said to taste not unlike gasoline.

Even worse, after the wine has been drunk, the mice are eaten. 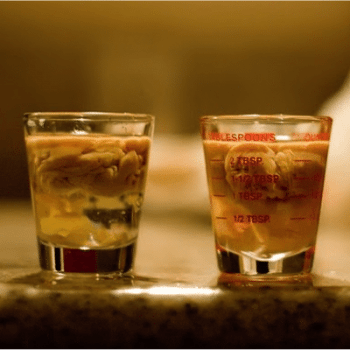 This “cocktail” is made up of the novel combination of Bailey’s and lime juice. You drink the Bailey’s and hold the shot in your mouth, then take the shot of lime juice and swirl the mixture around.

The lime’s acidity causes the Bailey’s to rapidly curdle, so much so that you have to chew down the congealed mass.

Its name comes from the mixture’s texture, as its stickiness is reminiscent of cement. 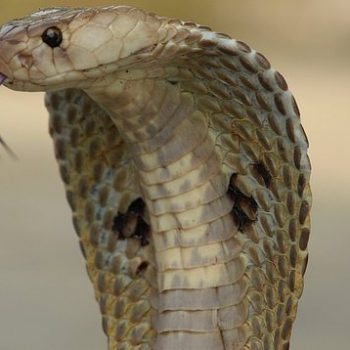 Another Far Eastern beverage believed to have healing properties, snake bile wine is named literally: it is a mixture of snake bile and rice wine.

While a cobra, preferably a venomous one, is still alive it is slit from top to bottom to extract the gall bladder. Then you’re free to extract the precious bile and infuse your wine with it.

In traditional Chinese medicine it is said to be able to do everything from reversing hair loss to eliminating phlegm, and even improving sexual performance, but we think we’ll give it a miss. 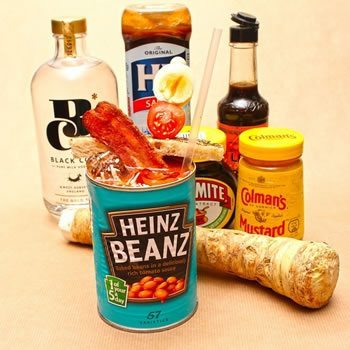 This patriotic tipple made by the Victory Mansions in London’s Stoke Newington only had a limited run on St. George’s Day, but is worthy of inclusion nonetheless.

It took the key ingredients of the good old British fry-up (baked beans, eggs, bacon, toast, black pudding, Worcestershire sauce and tomatoes) and combined them with a Dorset vodka made entirely from milk.

The end result resembled something close to a Bloody Mary, only chewier. 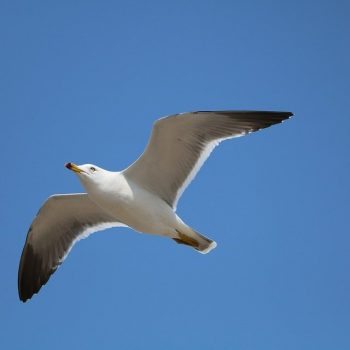 Invented by Inuits to warm themselves on freezing cold nights, the recipe for this wine is very simple: just grab your nearest dead seagull, stuff it in a bottle with water and leave it in the sun until it has fermented.

One person who says they’ve sampled it says it “goes down hard and settles down worse”, but we are reliably informed that it does the job of getting you drunk.

As it doesn’t look like it will hit off-licence shelves any time soon, you’ll have to head to the Arctic circle to sample it. 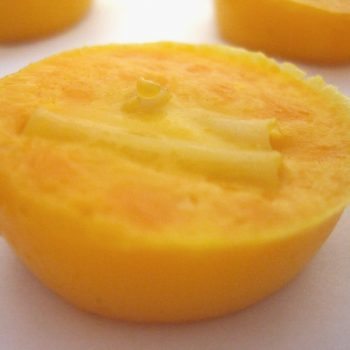 Developed by experimental drinks mixers My Jello Americans, this jelly shot is based on a traditional macaroni and cheese recipe, with pasta, milk, cheese and velveeta.

The twist comes with the addition of a cheese rum and gelatin to make this disgusting bite-size treat.

Without doubt the most gag-inducing drink on our list, ttongsul is of Korean origin and is made by fermenting human faeces, with one Korean doctor who makes it saying the “ideal” comes from children between the ages of four and six.

It has an ABV of around 9% and is another traditional brew that supposedly has healing properties, but we are going to steer well clear of it.

The concoction almost disappeared in the 1960s, but it was brought back to international attention by Vice, whose video you can see below.