Last week we brought you the news that America’s first cat wine bar was to open in Denver. This week it emerges that a non-alcoholic wine for cats has gone on sale. 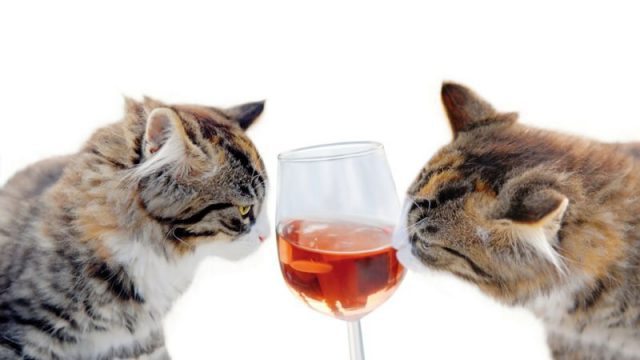 The brainchild of Denver-based Apollo Peak, the “wines” are available in two variants: Pinot Meow and MosCATo, in 1.6-ounce and 8-ounce servings.

While they might look like red and white wine, according to The Huffington Post, Apollo Peak is made with organic catnip and water and coloured with organic red and golden beet juice.

“It’s made like a tea but since we got it to look so much like a wine, we want it to be perceived as a wine by the consumer – that way they can feel as though they are having a glass of wine with their pet,” Apollo Peak founder Brandon Zavala told the paper.

This isn’t the first wine aimed at cats on the market – Nyan Nyan Nouveau, produced from the juice of Cabernet Sauvignonm grapes, catnip and vitamin, went on sale in Japan in 2013.

Apollo Peak has got the thumbs up from vets as beet juice isn’t toxic to cats or kittens.

Last week, a group of cat lovers in Denver launched a Kickstarter campaign to fund the opening of America’s first wine bar populated by rescue cats. The Denver Cat Bar will be free to enter and will allow cat lovers to play with the rescues while enjoying a glass of wine.