Waitrose has launched an English dessert wine, the first multiple retailer to do so. 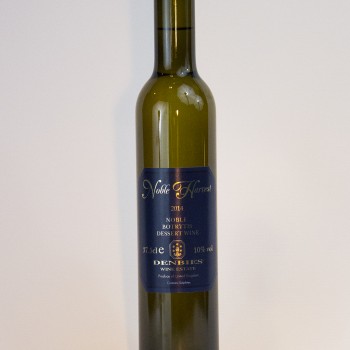 It is rolling out Denbies Noble Harvest Ortega 2014 (RRP: per 37.5cl bottle) in 20 stores from this week, as well as online at Waitrose Cellar.

Denbies’ general manager Chris White said the wine provided a home-grown alternative to classic sweet wines like Sauternes and it was exciting to see a home-grown sweet wine go on shelf. “English wine has a great future and it is wonderful to see Waitrose introduce new styles to their customers and encourage them to be more adventurous within a growing category,” he said.

Sweet wine production in the UK is generally rare and the production varies year to year depending on the conditions in the vineyard during harvest. Previously the Dorking-based vineyard, which produced a limited release of 3,000 bottles in 2014, has sold the sweet wine online and at the cellar door.

The wine comes from botrytised grapes from two blocks at Denbies Dorking-based vineyards, which are hand-picked in early October, de-stemmed, crushed and macerated for 12 hours before being pressed. Half the juice was then guided into the barrel, with the other half fermented slowly in stainless steel tanks.