Lidl’s launch of a Canadian icewine is set to boost the overall status and availability of icewine in the UK, its producer has claimed. 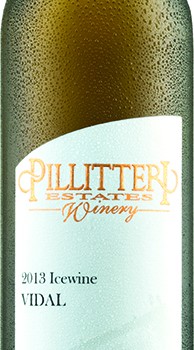 Export Manager Jared Goerz told the drinks business the ‘”very aggressively” priced wine was possible primarily because of the large volumes Lidl was taking – around 16,000 L in total. ”We take no or minimal margin but was wanted to make it available and let people learn about it,” he said. “Lidl took a leap of faith, which is especially [brave] for a European supermarket. We are all very exciting and wanted to help them with this.”

Until now, Pilliteri’s icewine has been primarily available in the on-trade in London through its UK importer and distributor, Dudley Craig Wines, who also stocks a selection of Pilliteri’s table wines. It is also available through Laithwaite’s.

“The UK market has been growing market for us – it is a litmus for the wine world,” Goerz added. Currently, around 40% of Pilliteri’s business currently comes from exports, largely due to the “toughness” of the monopoly system domestic market, and it currently exports to around 35 countries worldwide.

The wine, which comes from 15 year old vines on Pilliterri’s estate on Niagara-on-the-Lake, is harvested in December or January, once the vines have been at a temperature of -8 degrees for 3 days. The estate produces around 200,000 L of icewine per year, with half from its Vidal vines and the rest split between 12 different varietals. Other icewines it produces include Riesling, Sangiovese, (which is popular in Japan) and Cabernet Sauvignon, alongside its flagship Cabernet Franc and other table wines.

Along with Riesling, Vidal is one of the most suitable grapes for icewines, he pointed out, being hardy and reliable and producing a lot of fruit flavour.

“Like other wines, it’s about managing the canopy in the summer – foremost it has to been a good wine, you want that minerality and acidity and you treat the grapes as you would for table wine,” he said. “Freezing the grapes won’t save you from bad fruit.”

This year’s vintage is likely to be “tough” he said, due to the cold weather across North Ontario, which saw many vines hit with bud damage. However, the quality was likely to be good due to the good weather in the summer.

Lidl’s BWS head Ben Hulme said the move came off the back of a “surprising” increase in interest in sweet wines.

“Sweet wine has been a revelation for us and we are seeing how far we can take it,” he told the drinks business. “With the Canadian icewine we are responding to the success and seeing where the market is going. “