Lettie Teague, writing in the Wall Street Journal, set out to find a selection of budget summer wines priced under $15 that still deliver on quality this week. Kicking off a trio of her top choice is this Tuscan white from Vernacchia di San Gimignano, Tuscany’s only white wine producing DOCG.

“This lively, medium-bodied white from a high-altitude vineyard in Tuscany’s subregion of Pancole is marked by notes of almond and citrus”, said Teague. “A wonderfully refreshing apéritif, it’s perfect to drink by the pool—as I imagine some savvy wine salesman would advise.”

Describing it as a “well-balanced Chardonnay” fermented in-tank and finished in French oak, she said it was a wine “marked by notes of peach and a bright acidity.” 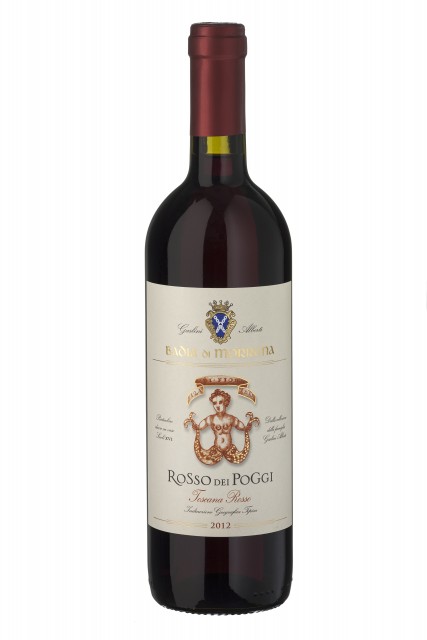 Coming in at $11 this “light and savory” Tuscan red is a real bargain, according to Teague.

“Finding a wine with character and a real sense of place for just over $10 a bottle is not easy to do, but this light and savory Sangiovese-based Tuscan red, produced in a vineyard between Pisa and Florence, over delivers on the price”, said Teague.

Rebecca Murphy, writing for Dallas News, recommended this “rich and lush” Merlot with an “abundance of plum, blackberry and blueberry fruit laced with a touch of dried herbs and licorice”.

“The cool nights of the long growing season in eastern Washington’s Columbia Valley deliver vibrant acidity”, she said. “This keeps the plush fruit fresh and lively, while ripe tannins, a gift from the region’s hot days, provide structure. Have it on hand for the next time you fire up the grill for burgers.”

Dave McIntyre, writing for the Washington Post, recommended a selection of wines from south of the equator this week, suitable for “summer drinking and pairing with foods from the grill”, starting with this Australian Riesling.

“Pikes is one of Australia’s best Riesling producers”, he said. “This delightful wine starts as textbook Riesling, with the mineral-oil aromas wine lovers often refer to as “diesel.” Then it explodes with citrusy fruit flavors and ends with a refreshing lime zest note that makes you want another sip. This is a delicious value for the money.”

“This is probably the best wine I’ve tasted from Uruguay”, said McIntyre of this Tannat-Merlot blend. The country is establishing a name for its Tannat, a “tannic red grape from the Madiran appellation of southwestern France.”

“Tannat adds heft, color and tannin”, said McIntyre. “The Merlot softens those rough edges with cherry and plum fruit and a silky texture. Zinfandel? In Uruguay? Unusual, to say the least. Here it adds a sexy, spicy complexity to the wine. All in all, a successful combination.”

McIntyre’s final recommendation was from one of Chile’s oldest wineries, a wine he described as his “go-to recommendation whenever someone asks for a cheap red that excels for the price”.

“Cousiño-Macul’s Antiguas Reservas Cabernet Sauvignon was the first wine I ever bought by the case; a local store had mispriced it as the regular cab”, he said. “Two decades later, the wines are better than ever”.

Dennis Sodomka, writing for the Augusta Chronicle, recommended this Chardonnay produced by the Sequoia Grove Winery in Napa, which sits “among one of the last stands of majestic Sequoia trees in Napa Valley in a remodelled 100-year-old barn”.

“The Chardonnay is made in a bright, clean style that goes well with food”, he said. “Oak ageing gives it a rich, full flavour.
It is a light, golden yellow in the glass with a toasted nut and pear aroma. The first sip gives some interesting flavours, with a nice balance between delicate and rich. There are layers of lemon and green apple, with a hint of almond.

“The flavours change with the food. The spicy soup I ate with the wine brought out the smooth mellow flavours with a pronounced citrus flavour. When the wine was tasted with chicken pot pie, fresh crispness dominated, with a bit of minerality.

“Most of the grapes are grown in the Carneros region, where long, cool growing seasons allow slow, even ripening of fruit. This enhances the flavours. The grapes are harvested at night into shallow bins. They are then hand sorted and whole-cluster pressed.” 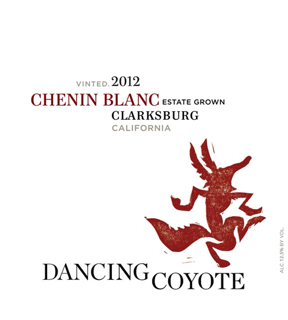 “For this cork dork, there’s something special about Chenin Blanc”, wrote Bill Ward in the Minneapolis Star Tribune.

“Maybe it’s the combination of mouth-coating texture and crisp elegance”, he said. “Or maybe it’s just the deliciousness of bottles such as the 2012 Dancing Coyote Clarksburg Chenin Blanc , with delightful green-apple and pear flavours.

“Either way, the floral aromas and clean, cool finish make this a swell patio quaffer. This fabulous cheese wine also should play well with most Asian dishes and a wide array of fruits of the sea. Rumor has it that the winery is discontinuing the wine, so pounce.”