Johnnie Walker could be ordered to stop selling bottles of its Explorers’ Club whisky after a judge ruled it had unfairly profited from the name of the real-life Explorers’ Club. 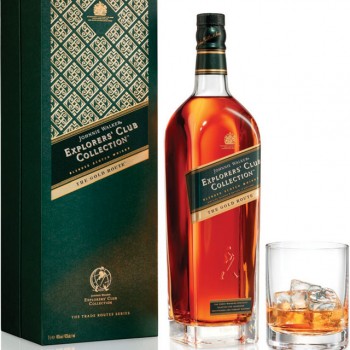 However in March of this year The Explorers’ Club, which is based in Manhattan and counts Neil Armstrong and Buzz Aldrin among its members, filed a lawsuit against Diageo alleging it had stolen its trademark for the luxury Scotch whisky range. It was also alleged the whisky label is printed in a font that is “confusingly similar” to the one used by the club.

This week a Manhattan judge ruled that Diageo had profited off an association with the world-renowned club without permission and ordered it to remove bottles from the shelves and cease using the name, as reported by the New York Post.

Judge Ramos said: “It is clear that Diageo’s adoption of the name of the Explorers’ Club was for the purpose of leading the public to believe that it was connected or affiliated with the club.”

Ramos said Diageo had “profited enormously” from the range which he said had achieved about $50 million in sales.

A spokeswoman for Diageo said: “We are extremely disappointed and disagree with the decision of Judge Ramos. “We are awaiting official receipt of the order and are planning to seek to stay the injunction while we immediately appeal this case.”

The Explorers Club, a not-for-profit organisation, was founded in 1904 to “promote the scientific exploration of land, sea, air, and space by supporting research and education in the physical, natural and biological sciences.”

It is understood it is now pursuing a separate federal case against Diageo for monetary damages.