Diageo is being sued by an explorers club, which counts Neil Armstrong among its members, over the naming of its exclusive Johnnie Walker Explorers’ Club whisky range. 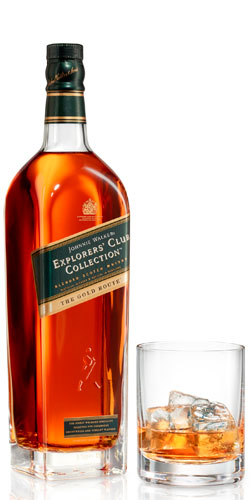 The Explorers Club, which is based in Manhattan and whose members include Sir Ernest Shackleton and Buzz Aldrin, filed a lawsuit against Diageo’s Johnnie Walker on Friday for allegedly stealing its trademark for its Explorers’ Club whisky range, according to a report by The New York Post.

The drinks giant launched the range, available exclusively at duty-free shops, in 2012 and was sent a cease-and-desist letter by the 110-year-old Explorers Club last Spring, which owns the trademark on “The Explorers Club” name.

The New York Post reported documents filed in relation to the Manhattan civil suit said: “Diageo’s use of the Explorers Club name is likely to deceive, and in fact already has deceived, the public into believing that Diageo’s products are affiliated with The Explorers Club.

“The Explorers Club Collection currently consists of the Trade Route Series, a set of three whiskies labeled The Spice Road, The Gold Route and The Royal Route.”

It was also alleged the whisky label is printed in a font that is “confusingly similar” to the one used by the club.

The Explorers Club, a not-for-profit organisation, wants the spirits company to stop selling the new brand or start paying licensing fees, and is said to have filed the lawsuit after negotiations with Diageo broke down.

According to its website, the Explorers Club was founded in 1904 to “promote the scientific exploration of land, sea, air, and space by supporting research and education in the physical, natural and biological sciences.”

A spokesperson for Diageo said: “We just learned of the actions that were filed and do not have a comment at this time.”