Teens who drink at 14 ‘more likey to binge’

A single drink at 14 could increase a teenager’s chances of developing a tendency for binge drinking, a new report has warned. 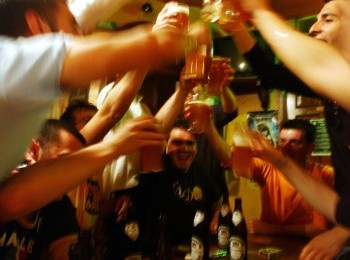 IMAGEN, a research project looking at mental health and risk taking behaviour in teenagers, found that delaying the age at which a teenager first drinks by as little as six months can significantly reduce their chances of going on to binge drink later in their adolescence.

Up to 2,000 teenagers across France, England and Germany were monitored as part of the study which saw scientists from the University of Vermont in Canada and the UK accurately predict a teenager’s future behaviour with an accuracy of 70%.

Professor Gunter Schumann, from the Institute of Psychiatry at King’s College London and co-author of the research, told the the drinks business: “We have shown that if a person drinks at 14 there is an improved chance they will binge drink by 16.”

“The suggestion is that by waiting until they are 14 and a half years old the risk that they will binge drink by 16 is reduced.”

The study defined a “binge drinker” as someone who had “got drunk” on at least three occasions from the age of 14.

Schumann said: “We began with 14 year olds because, by that time, they can spend two hours in an MRI and have had little exposure to substances such as alcohol and nicotine.”

“By 25, 75% of a person’s psychiatric profile is manifest”, adding, “adolescence represents a critical period of brain maturation.”

However the professor stressed that the long term effects of drinking at a young age are not yet clear admitting that the impact of drinking at a certain age on a teenager at 19 or in their mid twenties was not yet known.