More needs to be done to tackle a “significant” rise in alcohol consumption in the UK, the director of alcohol and drugs at Public Health England has warned. 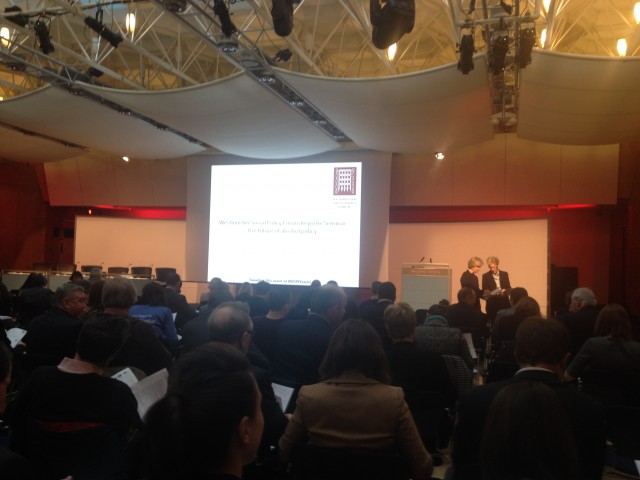 Speaking at the Westminster Social Policy Forum on alcohol policy in London on Tuesday, Rosanna O’Connor, director of alcohol and drugs at Public Health England, said consumption of alcohol in England had risen significantly since the 1950s continuing a spiralling “upward trend”.

Her comments were made despite HRMC figures released in February confirming that alcohol consumption had actually fallen by 16% since 2004.

O’Connor told delegates attending the key note seminar that 10% of the population drink 45% of all alcohol consumed – and that it was those individuals who needed to be supported.

She said: “Alcohol, I don’t need to tell you, has many different purposes. We use it for all sorts of events. It’s part of society, our celebrations and commiserations. It is an important commodity generating profits, taxes and employment but this comes at a significant cost to individuals affecting their health and wellbeing, to children of families and communities within which people are badly affected by alcohol, and to society in terms of loss of productivity and other costs.”

Responding to questioning by an attending delegate that alcohol consumption had actually decreased, she said: “There has been a very significant upward trend over the last 50 years. There are times over the last 50 years were there have been small drops and those have often been associated with economic downturn.

“One would hope that we are on the brink of a significant downturn. I don’t seek to undermine that but I think we cannot put to one side the unbelievable harms that the increased levels of consumption are having across society, particularly upon people suffering inequalities across a broad range of health issues.”

O’Connor said she believed the answer to tackling excessive consumption lies in taking a “multi-agency approach” incorporating partnerships at local and national levels to drive change, but that price and availability of alcohol were key factors.

She said: “There is no doubt that price and availability affects consumption and over the past 50 years alcohol has become more affordable and available,” adding that health organisations needed to focus on creating environments that “support lower risk drinking” and on lowering the consumption of at risk drinkers.

This, she said, could be done by introducing a statutory minimum unit price on alcohol which she felt would be “effective if set at the right level”.

A recent report by Sheffield University said introducing minimum unit pricing on alcohol would save 860 lives per year and would only affect those deemed to be “harmful” drinkers – that is, the 5% of the population which includes men who drink more than 50 units a week and women who drink more than 35 units.

The minimum unit pricing plans, which were shelved in July last year, would see a minimum price of 45 pence per unit of alcohol imposed upon the sale of drinks in the UK.

However those in the industry believe it will serve to negatively impact the drinks industry which has disputed claims of increased consumption stating that alcohol is actually now on a downward trend.

Last month Miles Beale, chief executive of the Wine and Spirits Trade Association, spoke against the introduction of a minimum unit pricing structure.

He said: “The Government needs to look hard at the facts and rethink its plans to set a minimum unit price for alcohol. The latest figures from HMRC show that overall alcohol consumption in the UK is on a sustained downward trend – down 16% since 2004. This is real evidence of a fall in consumption in one year equivalent to what the Government’s minimum unit pricing plans were predicted to achieve, but without the time, cost and pain.

“UK consumers are already feeling the pinch from increased energy prices, fuel duty and wage freezes, the last thing they need is more alcohol price hikes too.  Let’s remember that the UK is already one of the most highly taxed counties in Europe for alcohol.”

Government estimates currently place the total cost of alcohol to society at £21 billion per year; crime £11bn, the NHS £3.5bn and the cost of productivity £7bn.