Castel has been ordered to stop using the Ka Si Te trademark in China and fined more than US$5 million. 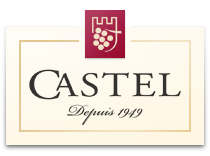 On 16 July, the Zhejiang Provincial High Court passed the judgment that French wine producer Castel is to stop using the Ka Si Te trademark, which is a supposed transliteration in Chinese for Castel, and ordered the company to pay RMB 33,734,546.26 (more than $5 million) to Shanghai Banti Wine Company and Spanish-Chinese producer Li Dao Zhi.

According to Paolo Beconcini, managing partner of Carroll Burdick & McDonough LLP in Beijing, this is one of the largest damage compensation seen in China on an Intellectual Property infringement lawsuit. Not only so, the Court called for Castel to issue a public apology in the China Industry & Commerce News publication. This concludes the 6-year IP infringement dispute between the two parties.

In the late 1990s, Chinese entrepreneur Li Dao Zhi established the Shanghai Banti Wine Company. In 2000, the trademark “Ka Si Te” was registered, and in 2002, its ownership was transferred to Li.

From 2008, Li used the trademark “Ka Si Te” on wines that were exported from France to China by his secondary company, Shanghai Ka Si Te Wine Co. Ltd. The dispute was first sparked off when Castel submitted a request to cancel Li’s trademark in 2005.

This was met with retaliation by Li who filed a lawsuit for trademark infringement against Castel in 2009, claiming compensation for Castel’s unlawful use of the trademark “Ka Si Te” from January 2007 to October 2009.

The Zhejiang High Court ruled that Li is the rightful owner of the trademark “Ka Si Te”, and on the facts of this case, Castel had produced and sold wines under the “Ka Si Te” branding without the authorization of Li, thus infringing upon his trademark rights.

After the ruling, the defendants submitted an appeal; the case was then brought to the Zhejiang Prinvincial High Court, which upheld the previous verdict and, in addition, ordered a published apology from Castel.