Scottish craft brewer BrewDog has opened its new £7m brewery in Aberdeenshire, which will see the company able to produce six million bottles of beer a month. 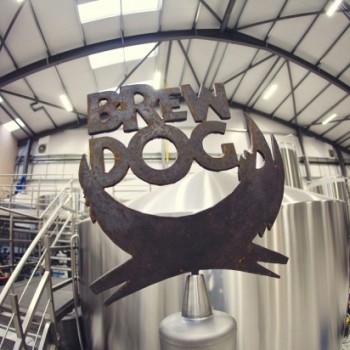 More than £2m of the money for the new brewery came from “Equity Punk” investors, as the brewery invited fans of the beer to become shareholders in the new project.

After spending five years at its original brewery at Fraserburgh, the new facility will see BrewDog focus on improving the quantity and quality of its beer.

Co-founder Martin Dickie told STV: “It’s a huge improvement over the equipment we have in Fraserburgh, it’s a £7m investment here in Ellon, so it allows us to brew a lot more beer, but at the same time allows us to improve the quality of our beer too.” 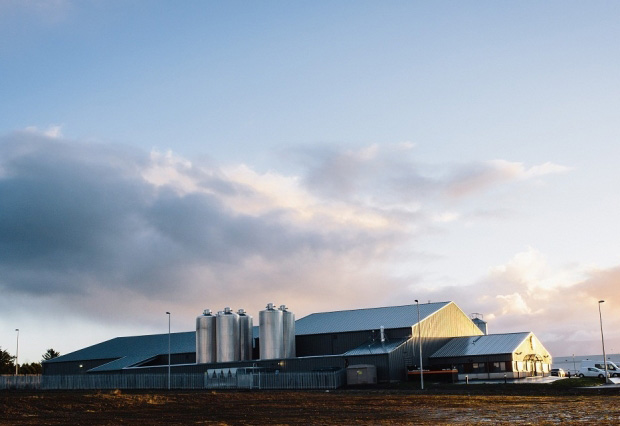 Scottish craft beer brewer BrewDog has celebrated moving to its new £7 million brewery with the type of opening ceremony that you would expect from this boundary-pushing company. 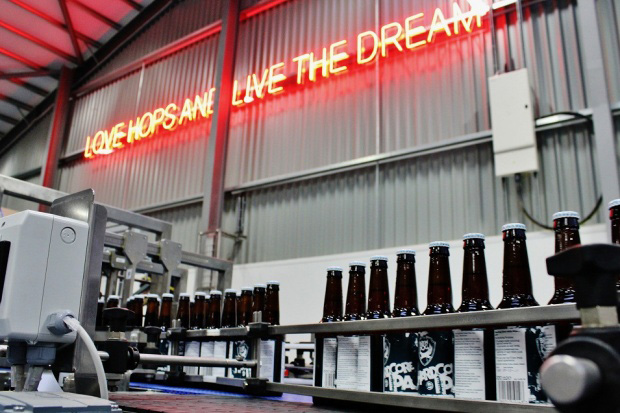 To celebrate the opening of its new brewery BrewDog the company invited the Equity Punks to tour the premises. The opening ceremony featured “kick ass live music, awesome food, brewery tours and much more”. 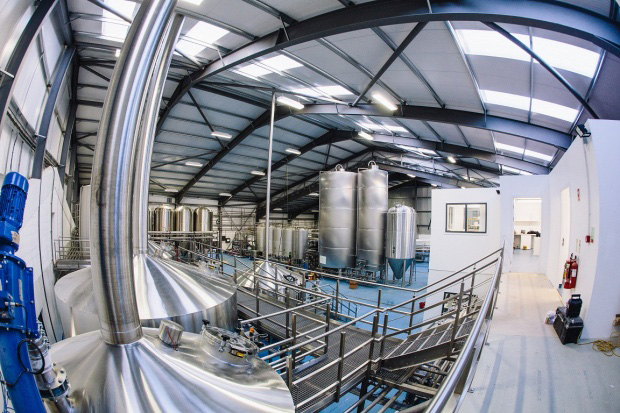 As well as creating dozens of jobs the new facility will enable BrewDog to produce six million bottles of beer a month, which will be on sale at BrewDog’s pubs across the UK. As well as expanding its brewery capability BrewDog is also looking to grow the number of bars that it owns. 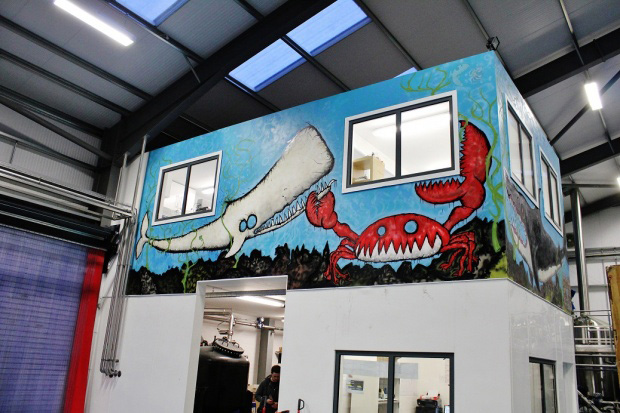 The new brewery was partly funded by investors that company refers to as its “Equity Punks”. The punks invested £2.2m in the new brewery, which is situated in Ellon, about 26 miles from Fraserburgh where the first BrewDog brewery is situated. 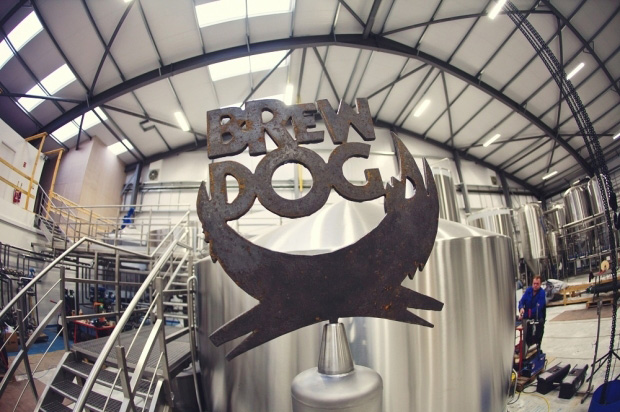 And rather than have a “D-list celeb or washed up politician” opening the brewery BrewDog invited its Equity Punk investors to get creative. The brewery put a number of signs on its website and asked investors to submit photographs of themselves with a sign. 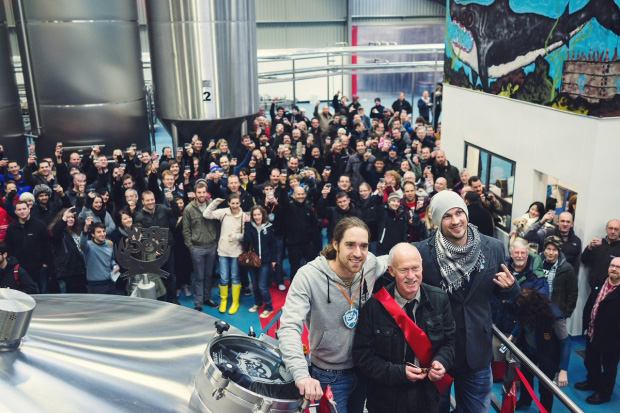 The competition was won by Wilson Hamilton, who was invited to the launch as guest of honour and cut the “hop encrusted ribbon” to open the new brewery. 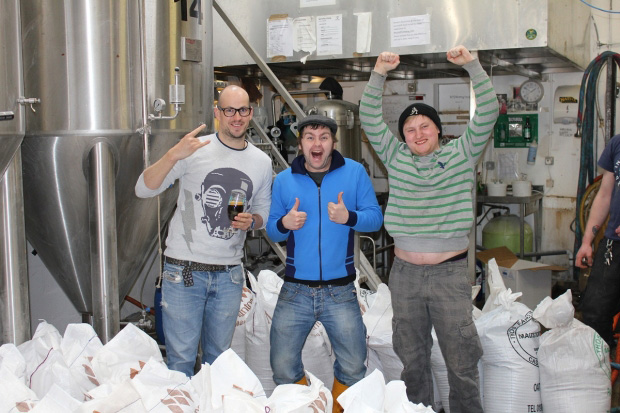 Co-owner James Watt has already made something of a name for himself in the industry with his direct turn of phrase and he had a distinct way to describe the new opening. He told STV: “It’s like the difference between Susan Boyle and Megan Fox. We worked hard with Susan Boyle for five years, we got some good music out of her and now this is like dating Megan Fox and hopefully she can sing.” 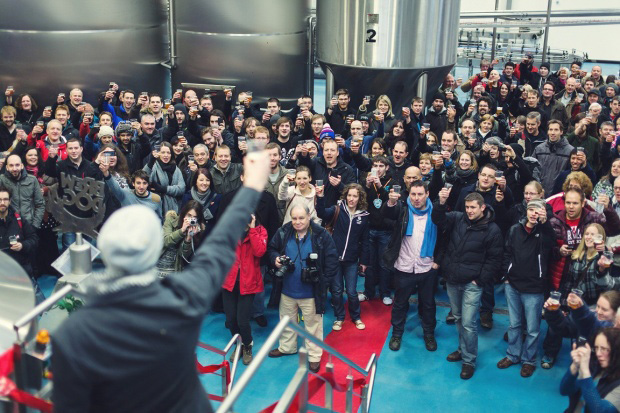 BrewDog has also announced that it plans to keep its old brewery at Fraserburgh open, but this will become a site for “crazy, Willy Wonka style laboratory of brewing experimentation”. BrewDog made a name for itself when it became involved in a tit-for-tat exchange with other brewers trying to create the world’s strongest beer. That title is currently held by fellow Scottish brewers, Brewmeister who created the Armageddon beer. 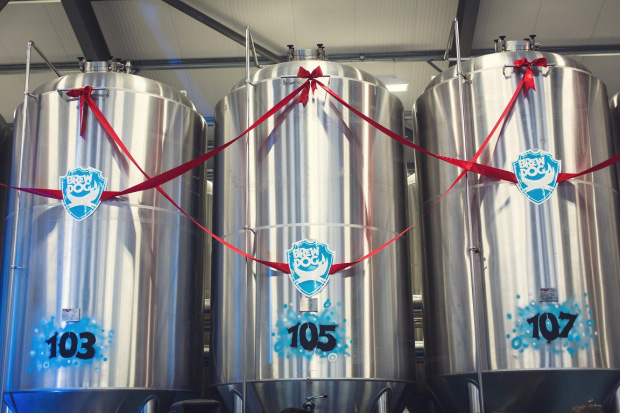 BrewDog describes the Fraserburgh site as its “spiritual home” and having been there for five years admitted that it “would have been a shame to leave it completely”. The brewery added: “Brewing in small batches is central to what we do and retaining the Fraserburgh site will enable us to do this as well as produce larger batches of our core range beers at our awesome new Ellon brewery.” 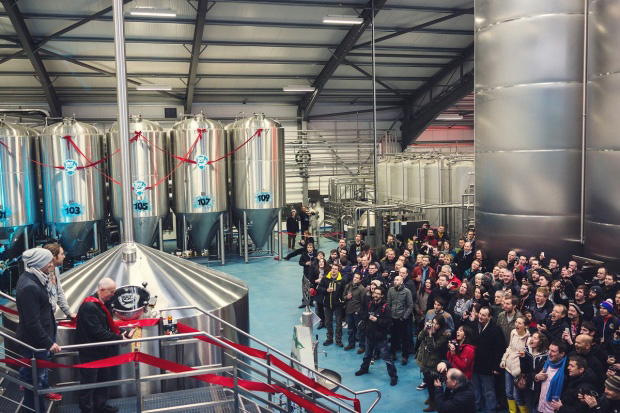 In the end 223 of BrewDog’s 7,500 investors turned up to the official opening, which saw 27 brewery tours taking place during, what the company described as a “marvellous day of shenanigans and celebrations”. Co-owner Martin Dickie told STV: “”This time six years ago we were in the process of building the brewery in Fraserburgh. It’s been a pretty big journey for us in the last six years, we’ve now got 150 great guys working with us to produce and sell the beer and to let people try it in our bars as well.”