Craft brewery BrewDog enjoyed a bumper 2012 and has revealed its target cities for new premises in 2013. 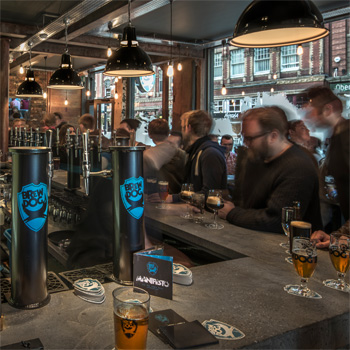 After opening five new bars in 2012 the brewery now owns 10 pubs and is looking to help from the public in its effort to expand on that number. BrewDog opened in Birmingham, Manchester, Bristol, Shoreditch and Newcastle last year and will be opening in Leeds in early 2013.

BrewDog is hoping members of the public will be able to help in choosing pub locations in the target cities. The craft brewer is offering £1,000 as well as a “lifetime discount at the new bar” if the brewery takes up residence in premises recommended by a member of the public.

The target cities for BrewDog are Liverpool, Sheffield, Brighton, Cambridge, Oxford, Cardiff, south London and west London. But the brewery has said that it will consider submissions from other locations as well.

As you would expect there is a list of criteria for the premises for the new pub. These include: it needs to be currently on the market and needs to have previously been a bar and have both a cellar and a valid licence; BrewDog will consider either buying or leasing the premises; it should be a reasonably small venue with a capacity of 80 to 130 people; BrewDog also said it would prefer corner units, but will consider all applications and it should have a location with a good footfall, but not necessarily completely central, the brewery added: “Anything slightly edgy and off pitch is cool with us”.

BrewDog has described the search for new premises as, “treasure hunt meets Challenge Annika with a punk beer twist” and has asked that any proposals include: a photo of the venue (a smart phone snap is fine); hopefully a schedule from the selling agent (this can usually be downloaded from the selling agent’s website); some brief information on the location and why you think it would be a good location.

Full details on how to submit your ideas for a new BrewDog pub location are available on the brewery’s website.