Earlier this week Scottish brewers Brewmeister released the world’s strongest beer, but which beers has it beaten to that title? 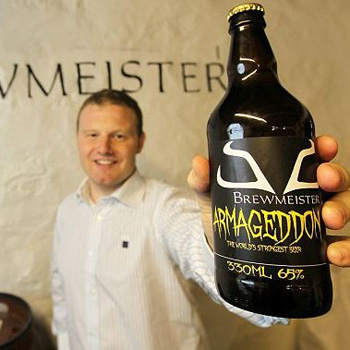 Brewmeister’s Armageddon beer has an incredible 65% abv, and will be launched at the Inverness Beer Festival on 3 November where it will sell for £5 a 35ml nip. The brewers recommend drinking it in small quantities, rather like a brandy.

Armageddon is the latest beer in a long-running battle to take the title of world’s strongest beer. Three years ago BrewDog kicked off the battle with their Tactical Nuclear Penguin, which was a 32% abv beer.

This started a tit-for-tat exchange with German brewers, Schorschbräu, and these two breweries created a number of beers, each with a stronger abv than the last.

Then in 2010 Dutch brewer Koelschip put out its “Start the Future” beer, which had a 60% abv. That stayed as the strongest beer until the boys from Aberdeen came along with Armageddon.

Take a look through this list at more of the world’s strongest beers. 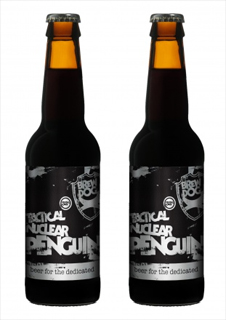 This 32% abv beer from BrewDog started the rush of super-strength ales, and while it is still a very strong brew, this is clearly an early marker in what can be done with brewing strong beers. 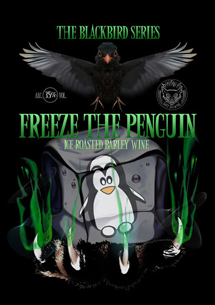 The name of this barley wine beer shows it as an obvious reply to Brewdog’s 32% abv beer, this brew is a 35% abv drop. The Revelation Cat Craft brewery is based in Rome and this beer was made using strong barley wine and imperial stout. 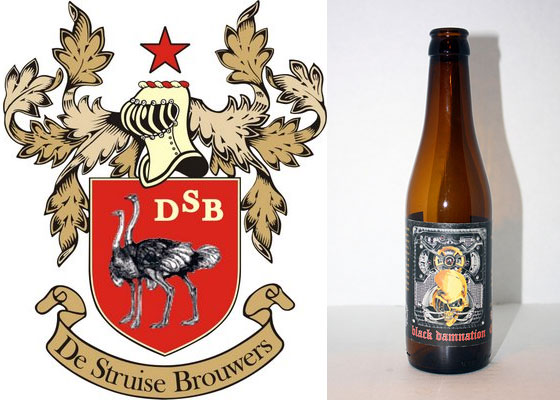 Belgian brewery De Struise Brouwers started their “Black Damnation” project in 2010 and this strong stout was created to celebrate the brewmaster’s wedding; this 39% abv stout was put through the freeze brewing process twice. 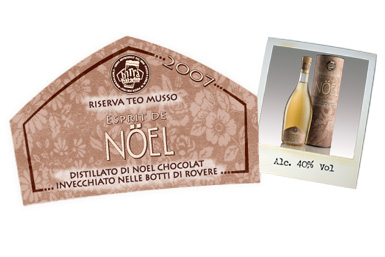 This beer comes from the Italian brewers Baladin and is the first in this list to hit the 40% abv mark.

This was BrewDog’s next attempt to take back the strongest beer title and came in with a 41% abv. 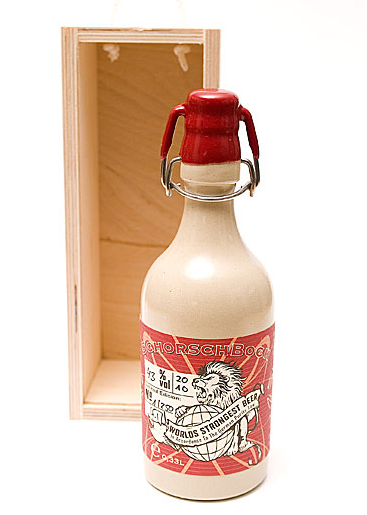 The tit-for-tat battle between Schorschbräu and BrewDog took off with this 43% abv beer, which responded to BrewDog’s Sink the Bismarck. 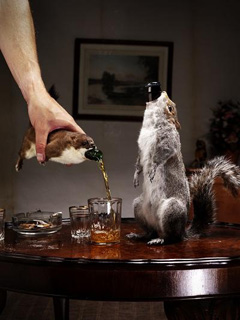 BrewDog went all out with this beer, making it with a 55% abv. Only 12 bottles were made and each was presented inside a dead animal, which the brewery said were roadkill. BrewDog also claimed that this would be their last super-strength beer, but will it? 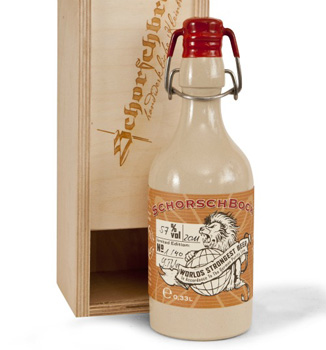 Nijboer’s Almere-based brewery, ‘t Koelschip (The Refrigerated Ship), came late into the super-strength beer tussle and in naming this beer it had a little dig at BrewDog’s “End of history” beer. This beer has a 60% abv. 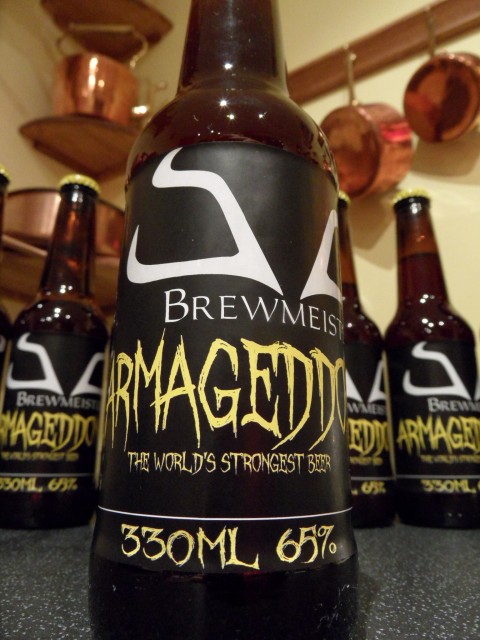 Armageddon comes from Scottish brewers Brewmeister, and has an incredible 65% abv. John MacKenzie, who runs the brewery with Lewis Shand, said: “The beer has a viscous quality to it, due to the special freeze fermentation method we use to produce such a high alcoholic beer.”

This process involves cooling the beer to zero degrees during the brewing process; as the water freezes the alcohol does not and then the ice that forms is removed, leaving a very strong beer.