Accolade Wines has announced a change in management structure in the European side of its business, a move that will help the wine company drive its growth and profitability. 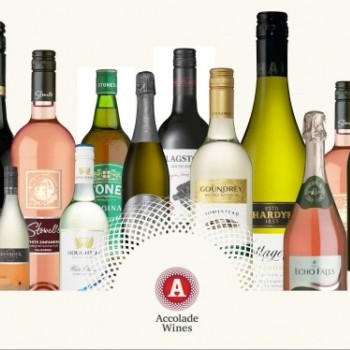 The business has taken the decision to split the existing role of European commercial general manager into two separate ones covering Mainland Europe & UK and Ireland, to help generate better focus on each of these two crucial markets.

Accolade Wines chief executive Troy Christensen said: “The two markets operate at different levels of maturity as far as our offer is concerned. There is significant scope within mainland Europe to grow our business – especially in Eastern Europe and across Scandinavia.

“Creating these two new roles will give both markets the focus that they deserve, something that will benefit Accolade Wines in the long-term.”

James Lousada, who previously had the overall European role was given the opportunity of taking on the new UK & Ireland brief, but has taken the decision to leave the business.

“We are sorry to see James leave the business, as he has done an excellent job. However, creating focus on these two parts of the business is vital for Accolade Wines moving forward,” added Christensen.

“We need the dual focus to ensure that we can act with greater pace and flexibility at this challenging time for the wine industry.

“Accolade Wines UK is the engine room of the global business, and I am pleased to be able to bring a man of Paul’s abilities into the business to take on this role.

“The mainland Europe market on the other hand is fast growing, with new opportunities emerging all of the time. Ted has proved himself already in this market and I am sure he will step up to this new challenge.”

The changes are effective immediately.

At the end of July Accolade Wines and Treasury Wine Estates have agreed a tie-up that will see major efficiency savings, but also 175 redundancies.