Pernod Ricard has unveiled a £40 million investment in Chivas Brothers in a bid to keep up with an expected high demand for Scotch from emerging markets. 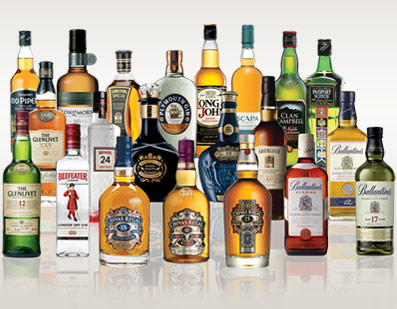 Chivas will expand its Glenallachie, Glentauchers, Longmorn and Tormore distilleries on Speyside, as well as reopening its Glen Keith site, which was mothballed in 2000.

A new bottling hall will open in Paisley in the summer of 2012, which will increase the emphasis on hand-bottling for prestige and ultra-prestige editions such as Chivas Regal 25, the Royal Salute range and high-end limited editions of The Glenlivet and Ballantine’s, as well as delivering excellent facilities for future new product development.

Malt whisky distillation capacity will be increased, with expansions at Glenallachie, Glentauchers, Tormore and Longmorn distilleries, and the reopening of Glen Keith distillery in April 2013, resulting in a 25% capacity increase across 2012 and 2013.

According to Christian Porta, chairman and CEO of Chivas Brothers: “We are committed to a capital expenditure of £40 million annually to further increase our distillation capacity and production facilities. This investment, allied to strong market growth, a continued commitment to innovation and the best suited portfolio to target the most profitable opportunities, will provide the basis for future value growth for our company.”

This capital investment in production facilities follows on from a number of major projects over recent years including the re-opening of Allt-a-bhainne and Braeval distilleries, expansions at Glenburgie and The Glenlivet distilleries, and a series of investments at its sites in Paisley and Dumbarton to deliver high quality bottling facilities for the company’s expanding portfolio of premium Scotch whiskies.

Chivas Brothers will also increase annual purchases of bourbon and sherry casks and they will continue to promote The Age Matters – a consumer campaign launched in 2010 to communicate the importance and value of age statements.