Daniel Craig has defended the decision for James Bond to swap his trademark vodka martini for a glass of Heineken beer. 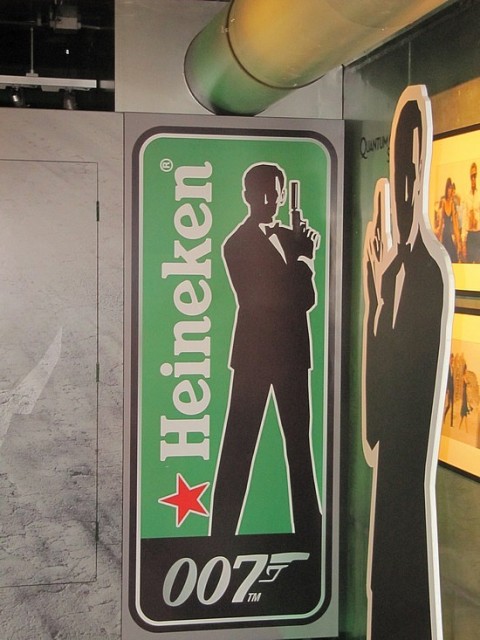 The actor is currently filming the latest 007 movie, “Skyfall“.

He points out that the sponsorship money the beer brand generates helps meet the cost of making and promoting the film.

Sponsorship and product placement has always been a major element to James Bond books and movies.

Big brand names like Bollinger and Smirnoff Vodka are involved and their relationship with the fictional character is not surprising as throughout the 22 James Bond movies, numerous cocktails, Champagnes and beers have made an appearance.

Daniel said, “This movie costs a lot of money to make, it costs as nearly as much again if not more to promote, so we go where we can.

“There’s a big furore about [the beer], but it’s not what the movie’s about, I promise you. We haven’t sold out completely.”

Asked why the movie franchise chose Heineken over other beer brands, Craig had a simple answer – “It’s my favourite choice of beer. I drink it every morning – doesn’t everybody?”

Daniel also outlined the gruelling regime the crew adhere to while they are filming.

He said: “We’re here about seven in the morning, start work at eight, work until about 8.30pm, then I go to the gym for 40 minutes in the evening, and then I go home to bed.”

“Skyfall” is set for release in October.