James Bond is set to sip a Heineken in his next movie, as the beer giant pushes its flagship brand. 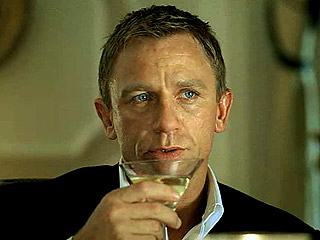 Bond, played by Daniel Craig, will swap his usual martinis for a Heineken in at least one scene of “Skyfall”, the latest installment in the long-running movie franchise.

The actor will also star in a Heineken advert.

The 007 franchise and the alcohol brand have a 15-year partnership, but this is the largest collaboration, as the campaign will also include Bond images on packaging.

Heineken US has described Bond as “a perfect fit.”

Other brands enjoy good exposure from the Bond films, including Champagne Bollinger’s connection to the James Bond films, which is helping boost sales of the brand in Asia.

Heineken is the second-largest import in the US, trailing Corona, but it has struggled to grow in recent years. Shipments fell 2.9% in 2011, according to Beer Marketer’s Insights.

The Bond connection is part of a larger push by Heineken in the US, which will see a redesign of its bottles – swapping its short necks for long ones.

Campaigns will also be launched for Newcastle Brown Ale and Amstel Light, and Mexican brand, Indio, will be introduced into the US.

Directed by Sam Mendes, Skyfall will have its world premiere in London on 26 October.