Pontet Canet defied price sceptics to hold second place in the rankings for Liv-ex’s most traded 2010s by volume and value, and Carruades de Lafite was not far behind. 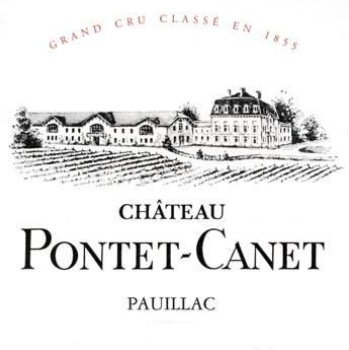 Liv-ex’s July Cellar Watch Report has analysed the top five 2010s traded by volume and value and found that Pontet Canet holds second place in both charts, a situation which casts doubt on claims that its 40% price rise would hurt sales.

The most traded by volume in descending order were; Lafite, Pontet Canet, Cos d’Estournel, Carruades de Lafite and Latour.

Considering their release prices were so far above anyone else’s this year, the additions of Lafite and Latour are unsurprising. Their omission from the volume chart proves that they do not have to sell very much to still outpace everyone else financially.

Similarly, Carruades de Lafite’s price increase has given it the opportunity to climb the value ranks and its further inclusion in wines traded by volume shows how far it has come not just as a second wine but also as a label in its own right.

Furthermore, it does in a way justify the château’s decision to add a 58% price increase on the 2009 vintage. The drinks business recently wondered if the market would follow such hikes for second wines and the answer appears to be that perhaps it will for certain ones.

However Liv-ex also points out that second wine prices have been flat for the past two months and questions whether the price increases have caused the second wines to go “too far too fast”.

Cos d’Estournel’s price decrease this year no doubt marked it out as an attractive buy among investors and drinkers, hence its own appearance in both charts.

The most traded by volume remained very similar. Rieussec took the top place, then Pontet Canet again, followed by Cos d’Estournel, then Léoville Poyferré and Carruades de Lafite.

The success of Rieussec appears to be linked not only to the excellent quality emerging from Sauternes in 2010, but also the fact that the Rothschild-owned property has been offered to merchants as a condition of securing their Lafite allocation. In several cases this has seen Rieussec being offered for well below its release price.

Pontet Canet’s retention of second place is surely the result of keen trading that the estate saw in the wake of its release, despite a 40% price increase on 2009.