Judging by recent results, the Edrington Group has become one of the more dynamic and better-managed companies in the global spirits sector. 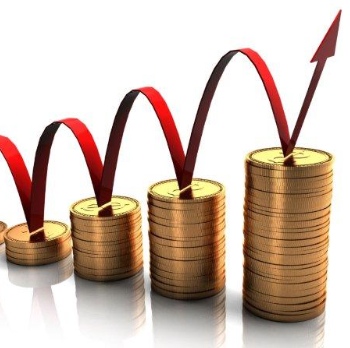 Pre-tax profits have soared by 95% over the past three years to Â£141.5million despite suffering a global recession and upheaval to the distillerâ€™s routes to market.

Cutty Sark made a positive financial contribution in the first year since its takeover from Berry Bros & Rudd, adding more than 1m cases to sales while Highland Parkâ€™s sales were 9% ahead. A very creditable performance.

Yet when the Maxxium consortium broke up in 2007/8, many observers feared that Edrington would suffer as a result. Pernod Ricard was absorbing Absolut and the other Vin & Sprit brands into its portfolio and RÃ©my Cointreau had decided to manage its own distribution and sales, especially in the Far East.

Would Edrington suffer a loss of impetus and visibility by no longer being associated with a very broad portfolio? The answer has been very positive, but now that the independence of Beam Global, the original fourth member of Maxxium, is coming into question once it achieves its Wall Street listing, can Edrington continue on its own?

Edrington is controlled by the Robertson family trusts, so its independence is effectively assured, but it is taking on the big boys at their own game and succeeding. Much of the growth has come from moving consumers upmarket to more expensive products (premium lines of Grouse put on 8% last year), especially in emerging markets.

Cutty Sark has added to critical mass (although Edrington did produce it for Berry Bros before the takeover). In addition, distribution is being devolved from the centre. In the past year Edrington has taken over ownership of the former Maxxium companies in Hong Kong and China.

These bolster its directly owned distribution network that also encompasses South Korea and Taiwan. The Nordic office, which covers Scandinavia, now accounts for almost 14% of sales while an office in New York is planned to support American markets.

Nor is Edrington a one-trick pony. While it is firmly based on whisky, there has been notable investment in the Dominican Republic, where it produces the Brugal brand of rum, the market leader in Spain, for instance.

In partnership with Diageo, Edrington owns North British, the largest grain distillery in Scotland, and is also investing in stock-building at its malt plants. That is being partly funded by the recent sale of the previously mothballed Tamdhu distillery on Speyside to Ian MacLeod Distilleries.

Tamdhu did not meet Edringtonâ€™s production plans for future expansion and the restructuring of its portfolio allows it to focus on further development of its key brands.