The family behind the largest ever financial transaction in the Médoc – the purchase of Château Lascombes in Margaux which db reported earlier this week – has been unveiled as US investors, Lawrence Wine Estates. 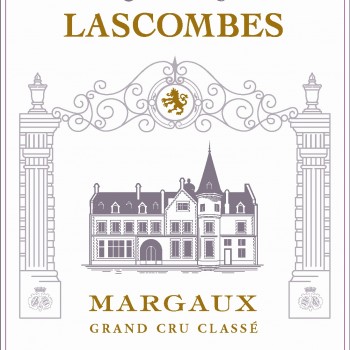 The acquisition is the family’s first purchase in Bordeaux, indeed in Europe, and adds to an extensive portfolio of holdings in the US, concentrated in California, the most notable being the Napa quartet of Burgess, Heitz Cellar, Ink Grade, and Stony Hill Vineyard.

Although the details of the sale remain under wraps, the investment is a considerable and a significant one. Lascombes is a second growth, one of the five wines to be classified at this level in the official ranking of the wines of the Médoc of 1855, alongside Brane Cantenac, Durfort-Vivens, Rauzan-Gassies and Rauzan-Ségla. It is also the largest single estate in the appellation of Margaux, with the property comprising just under 120 hectares in the appellation itself with a further 10 hectares across the appellation border in Haut-Médoc.

The purchase was reported in the French press as the largest single property transaction in the history of the Médoc – that is almost certainly still true, even if this was at the time an estimate and an inference based on the assumption that the new owners were purchasing the property outright. That in fact turns out not to be the case. For the (admittedly limited) details that we now have (in the form of a press release from Lawrence Family Wine Estates) indicate that the previous owners, Mutuelle d’Assurance du Corps de Santé Français (MACSF), are to retain a minority stake in Lascombes.

What is not in question, however, are the staggering sums involved here, with French rural land agency SAFER estimating the value per hectare of a classed growth vineyard in Margaux back in 2021 at €1.5 million. Lascombes, it need hardly be pointed out, is not just any classed growth Margaux estate.

The property itself has passed through a number of hands since it was founded in the 17th century. In recent times, it has been owned by French wine writer Alexis Lichine and a consortium of US businessmen, before being sold to British brewing company Bass Charrington in the 1970s for around €70m. In 2001 it was bought for $67 million by US-based Colony Capital, who sold it to MACSF for an estimated €200 million in 2011.

Though the sale itself is not likely to come as much of a surprise to seasoned Bordeaux watchers, the timing is. Many had expected the property to be sold to the Italian insurance and asset-management enterprise Generali in 2019 and, then again, in 2020. But the protracted negotiations failed to bring the anticipated sale to a successful conclusion. After that it was largely thought that CMACSF had stopped looking to pass on the property, a conclusion reinforced by the substantial new investment programme on which they embarked. This culminated in the opening, on the eve of last year’s en primeur week, of a fabulous new state of the art winemaking facility.

Judging by the tone of Lawrence Family Wine Estates’ press release, the investment it set to continue.

And although the press release resolves some of the mysteries around this fascinating and highly significant transaction, some questions persist. It remains to be seen whether Michel Rolland will stay on as consultant oenologist and, indeed, whether there will be any change in the distinctive style of the wine itself. It is also unclear whether Dominique Befve will remain in post as the estate’s general manager – it was he, of course, who oversaw to successful completion of the entire renovation of the winemaking facility. But what is clear from the press release is that Delphine Barboux’s position as technical director is safe.

As Gaylon Lawrence puts it, “We are honoured to become the new stewards of such a historical estate. This Château has some of the greatest vineyards in Margaux and our family looks forward to caring for Château Lascombes for many generations to come”.

The aspirations of the new investors are also very clear, with Managing Partner Carlton McCoy, Jr. commenting, “With such exceptional vineyard holdings we are confident that we can craft some of the most exceptional wines in the region… Château Lascombes is a special place, and we will spare no expense to ensure that we bring it to its full potential”.

Lascombes has, of course, never been shy of its aspirations, boldly proclaiming on its website before the acquisition as it does still today, “Second Grand Cru Classé Margaux mais Premier dans tous les esprits”. A translation, I suspect, is unlikely to be necessary for the new owners.