The first Super-Tuscans of the autumn release have hit La Place de Bordeaux, with the latest vintage from two of the most established names, Solaia and Masseto, along with Chile’s Viñedo Chadwick, Cheval des Andes and the Rhône’s Château de Beaucastel. 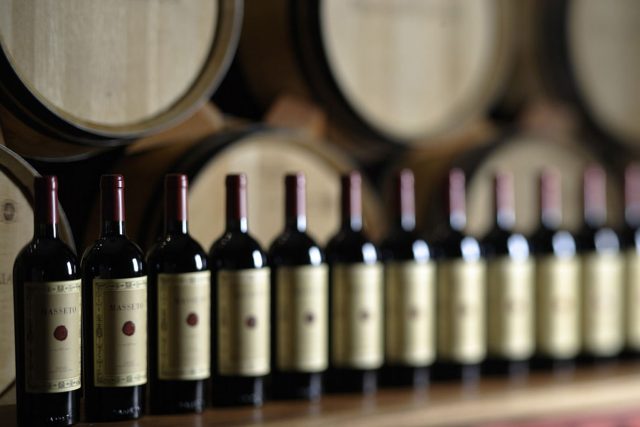 Solaia 2019, from the Tenuta Tignanello estates, has been released for €210 per bottle ex-négociant – an 11.7% premium on the 2018 vintage, but one that a Marchesi Antinori’s estate director Stefano Carpaneto said made “the most of a superb vintage”. Awarded 97 points from The Wine Advocate and Vinous, it was described by Antonio Galloni as “fabulous” and it is estimated that it estimated it will be released by the international trade for around £2,500 per 12×75.

Meanwhile Masseto 2019 – which scored 98 points from the same two critics, with Galloni calling it “silky, gracious and super-refined” and 99-points from Jane Anson  – was released for €425 per bottle ex-négociant on Thursday 8 September and is likely to be released internationally for £6,250 per case of 12 bottles. Liv-ex noted that although this is 7.6% more than the 2018’ vintage opening price, “the new vintage is the best value Masseto on the market today”.

Maseto is the second-most traded Italian wine on Liv-ex after Sassicaia, and the 2019 has already seen trade on the secondary market for £6,788 per 12×75.

Italy has become the most widely represented country on the autumn schedule of La Place, accounting for just over a third of the autumn releases now, according to a recent report from Liv-ex. Over the last three years, its indices show that Masseto, Ornellaia and Solaia have increased by 40.5%, 38.2% and 37.2% respectively, it said.

Chile’s releases continued to flow with Viñedo Chadwick 2020 released last week, a wine that scored 97 points from Luis Gutiérrez at the Wine Advocate and proved to be “a triumph over the natural conditions of the year”. It was released for £2,780 per case, representing good value among back vintages, Liv-ex said.

Today it was joined by Cheval des Andes 2019, which was released for £816 per 12×75 – another good value purchase – which is the same as the similarly scored 2019’s opening price (€225), which is being offered by the international trade for £2,780 per 12×75. The wine is a result of the union between Saint-Emilion’s Château Cheval Blanc and Terrazas de los Andes.

Meanwhile France’s Château de Beaucastel Hommage à Jacques Perrin 2020, from one of the oldest estates in Châteauneuf-du-Pape in the Southern Rhône, was also released last week for £2,800 per 12×75.