The 2018 vintage of Viñedo Chadwick confirms that the Chilean winery is one of the world’s finest producers of Cabernet Sauvignon. Patrick Schmitt MW examines the history of the brand, and discovers why it is such a stand-out performer. 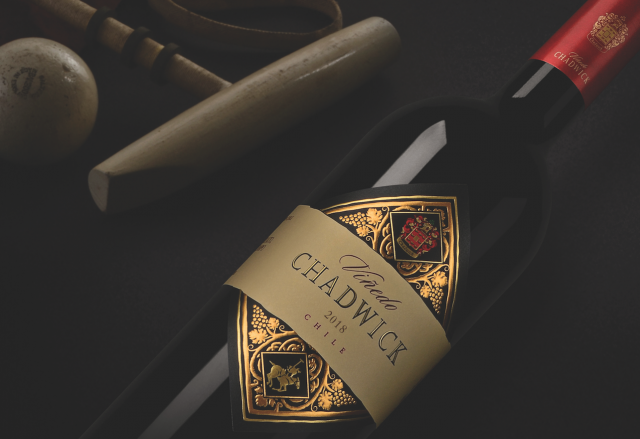 The release of a new wine from an original source may not be common, but neither is it unusual, and especially from Chile. After all, this is a country of seemingly endless viticultural possibilities: it’s bordered by the cool Pacific coast to the west, rugged Andean mountain range to the east, Atacama Desert to the north and Antarctic-influenced frozen south. It’s a land rich in varied soils, extreme climates, and, crucially, pristine environments for planting grape vines. It’s even devoid of vine pest phylloxera.

But something that is extremely rare is the unveiling of a new place for producing fine wines; the discovery of a terroir that’s good enough for crafting labels that can rival the best in the world; and, in particular, a place for Cabernets so outstanding that it can better those from Bordeaux.

However, such an extraordinary area has also come from Chile. It’s a zone called Alto Maipo, otherwise known as the Maipo Andes, and, in particular, a sub-region called Puente Alto. It’s a place that now ranks with Pauillac, Bolgheri and Napa in terms of its Cabernet Sauvignon-based red wine capabilities.

And one winery in particular can be credited with putting this part of Chile on the global map: Viñedos Familia Chadwick – the holding company for Viña Errázuriz, Seña, Arboleda and Caliterra, with its flagship Viñedo Chadwick at the heart of this achievement, and a wine now distributed through La Place de Bordeaux.

Conceived by Eduardo Chadwick in 1992 – with the first vintage made in 1999 – the wine came from Eduardo’s desire to honour his father, the late Don Alfonso Chadwick Errázuriz.

However, it has done much more than that, putting Chile on the fine wine map, promoting the remarkable natural properties of Puente Alto, the wonders of Viñedo Chadwick’s vineyards, and the skill of its winemaker, Francisco Baettig.

But before we consider how Viñedo Chadwick has created such notoriety for Maipo Andes Cabernet, let’s consider what makes this part of Chile special. Notable in this upper part of the Maipo is the climate, which is ideal for the creation of Cabernet with a combination of ripeness and freshness.

That’s because the Puente Alto is located 600m above sea level, beneath the steeply rising peaks of the Andes, allowing for warm midday temperatures but cool nights – the latter a result of chilling winds that descend from the mountains as the day draws to an end. These large swings in diurnal temperatures slow the ripening of the berries, allowing for a long growing season, which is vital for producing berries with fully ripe tannins.

Then there are the soils. Located on old alluvial terraces, these are gravelly sites, ensuring the vines are rooted in free-draining, infertile soils, ideal for the production of small berries, rich in flavonoids and polyphenols. With similar properties to the soils in Bordeaux’s Medoc, the Puente Alto is an ideal place for producing Cabernet with concentration and structure.

With rainfall in this part of Chile averaging around 350mm-400mm annually, there’s not enough precipitation to reliably grow grapes in Puente Alto without irrigation, but this water, sourced from snowmelt high up in the Andes, is rich in minerals, particularly calcium, bringing a freshness and energy to the resulting wines. Indeed, the Maipo river that carries this irrigation source has a higher calcium carbonate content than any other river in the country.

While those are the properties of Puente Alto generally – an area that’s also the source of Chilean wine legends Don Melchor and Almaviva – the vineyards for Viñedo Chadwick specifically have notoriety for a further reason.

Before planting, this site had been a polo pitch. And not just any field, but the much-loved ground of Eduardo’s father, who had been a national polo champion, and had used this site to practise daily, as it was part of his family’s Viña San José de Tocornal estate.

However, in 1992, Eduardo, seeing the potential of this unique Puente Alto terroir, convinced his father to convert the polo field into a vineyard, and in 1992, 15 hectares were planted with Cabernet Sauvignon vines. Sadly, Don Alfonso never saw the fruits of this site, dying the following year.

However, this only strengthened his son’s resolve to produce a famous wine in his honour – Don Alfonso was not only a talented athlete and polo player but also a visionary, credited with the modernisation of the Chilean wine industry. To do this, Eduardo did something brave and pioneering for a Chilean vintner.

Using the second vintage produced of Viñedo Chadwick, the fruits of the 2000 harvest, he organised a comparative tasting of this flagship pure Puente Alto Cabernet with the great wines of the world, including First Growth Bordeaux from the same year.

For the event, which was inspired by the Judgement of Paris, when Pauillac had competed with Napa in 1976, Eduardo enlisted the mastermind behind that legendary tasting, the late Steven Spurrier, to help him with this new comparative sampling, this time involving Chilean wines.

The tasting was held on 23 January 2004 in Berlin, comprising top tasters from Europe, and the result proved to be an eye-opener: Viñedo Chadwick 2000 was placed first, above the Super Tuscans from Italy, and the first growth wines from Bordeaux of the millennium vintage, most of which had been awarded 100 points by Robert Parker – something Viñedo Chadwick would later receive from James Suckling with the 2014 vintage (and again with the 2017 expression).

Dubbed The Berlin Tasting, it was also the starting point for a series of 21 similar tastings around the most important capitals of the world between 2004 and 2013. The newly released vintages were benchmarked on each occasion with remarkably consistent results, proving the quality and potential of Viñedo Chadwick, while confirming the image of Chile as a producer of truly fine wines.

As Spurrier said in 2013: “These and other tastings totalled over 15 nations, and reached more than 1,400 wine experts. Chilean wines were placed among the top three places in 20 out of the 22 events, achieving a remarkable 90% success rate in the overall preferences. It is this consistency across different vintages over a 10-year period that is so important.”

But that concerns Viñedo Chadwick’s past. What of its present – the latest release from this now fully established vineyard?

Hitting the market this year is the 2018 vintage, which Eduardo describes as “the finest expression we have crafted”. It’s a wine with “elegance and power, complexity, freshness and great longevity”, according to Eduardo, who says it comes after two more extreme vintages.

He explains: “2016 had been a cool-climate season, with a long ripening period – producing floral, fresh wines – the epitome of elegance; 2017 was the opposite, with hot weather, tiny berries, giving concentration and wines of great power, and 2018 is the perfect harmony between these two extremes, with ripe tannins, and elegance.”

The grapes were harvested in mid-March at optimum ripeness, picked in the morning, double sorted and vinified in temperature-controlled vats at 28ºC, before spending 22 months ageing in barrels (80% new French oak and 20% Stockinger foudres).

As for the independent assessment of the latest release, Viñedo Chadwick 2018 has been awarded an outstanding 99 points by Tim Atkin MW, and Markus Del Monego MW for Tastingbook. It also received 98 points from Decanter, 98 points by James Suckling and 97 points from Luis Gutiérrez. Furthermore, it was ranked as the best Cabernet Sauvignon from Chile, according to Robert Parker’s Wine Advocate.

Compared with the greats of Bordeaux, Viñedo Chadwick may have a brief history, but it’s been a remarkable one. As the comparative tastings and independent assessments have shown, it is a wine of high and consistent quality that has shone a bright light on the quality potential of Chile, and the wonders of Cabernet from Puente Alto.

Indeed, returning to the original point, what’s exciting and unusual about Viñedo Chadwick is that it represents proof of a new fine wine terroir: a place that can produce Cabernets as good as, sometimes better, than those from areas known for excellence not just for decades, but centuries.

This means that when any commentator or collector thinks of fine wines of the world, they should include Viñedo Chadwick. And when they list the great spots for Cabernet, they should recall Puente Alto – a remarkable place where Andean influence yields reds of excellence.

Viñedo Chadwick: the inspiration for the wine