The evolution of Rosso del Conte

Following the death of Count Lucio Tasca d’Almerita last week (25 July), Filippo Bartolotta looks back at a vertical tasting of Rosso del Conte from last year, from the winemaker who steered the Sicilian wine revolution. 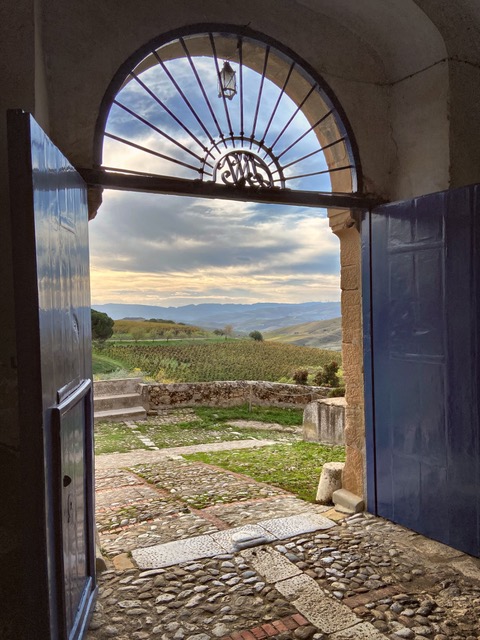 A lot people in the wine trade are aware of Sicily as a ‘wine tank’ – it’s been like this for long time. Since the phylloxera crisis hit France in the mid-1800’s, Sicily has been a generous source of grapes and wine for the whole of Europe. It’s small harbours, like the tiny city of Riposto, were basically coopers’ cities, producing barrels to ship wines north to mainland Europe on a daily basis.

Making wine in Sicily is easy – this land is a precious garden where organic farming is a no-brainer thanks to its windy days, perfect temperature for ripening grapes and the multi-faceted wine areas that it has. In addition are Sicily indigenous own varieties, of which there are around 70.

In the 1980’s, when international varieties such as Cabernet Sauvignon and Chardonnays were beginning to pop in the market, Nero d’Avola also began to sing a different song. Its life as a blending variety was over, and it became time for it to stick its name out. And it was Lucio Tasca who played a fundamental role in this revolution.

When, in 1959, Lucio’s father, Conte Giuseppe Tasca, planted the San Lucio bush-trained vineyard in the magical countryside of Tenuta Regaleali, an hour and half’s drive inland from Palermo, he decided to alternate four vines of the powerful Perricone variety to every 10 plants of Nero d’Avola. Today this vineyard is a beautiful South/South East plot of 7 hectares at 480m above sea level. The soil is a yellowish brown loamy-sandy, partly calcareous with a slight amount of skeleton. 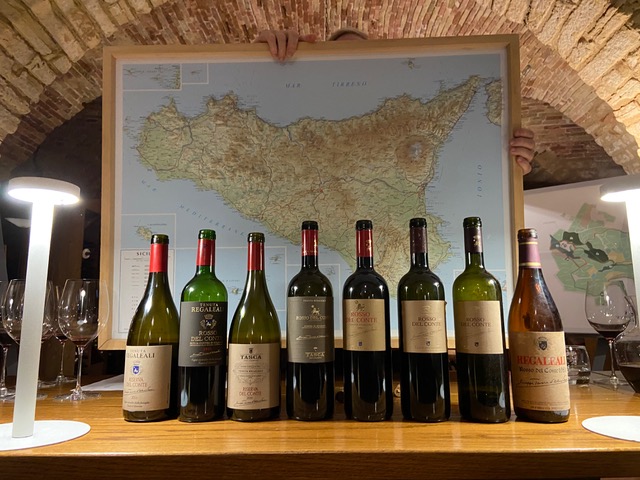 The wine from this vineyard was originally called Riserva del Conte but was later renamed Rosso del Conte, by which name it is still know.

“The first vintage of this wine was the 1970, after a few attempts,” Lucio’s son Alberto Tasca  (who is now in charge of the company) explained. “My grandfather was trying to get his formula together, but reading his notes I can see he wasn’t too happy about the oak presence in the wine. He was sending letters to Piero Antinori  [the then president of Marchesi Antinori Srl] and [Italian wine] journalist Luigi Veronelli exchanging theories on racking times – but the replies didn’t get back until over a month later, when decisions had already been made.”

Alberto loved these historical wine diaries so much that he decided to bring back to life the old project of Riserva del Conte with the 2010 vintage – a 60% Perricone and 40% Nero d’Avola blend, aged in 500L chestnut barrels, which I was lucky enough to taste. 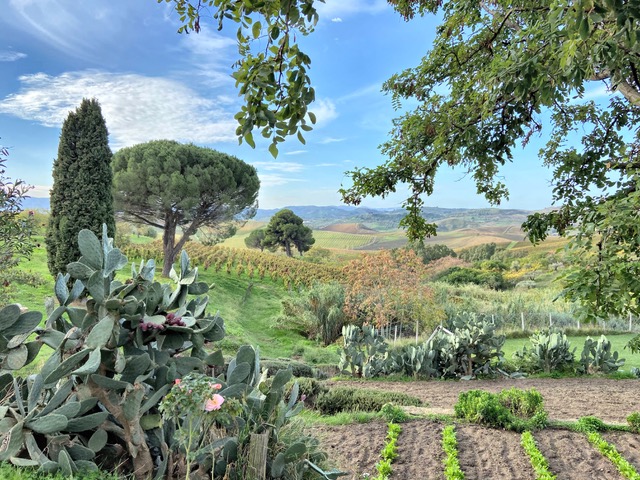 Riserva del Conte 2016 is a big and very powerful wine with a lot of extraction and a very intense dark driven fruit character, tar and chocolate. Perricone and the chestnut barrels seems to be showing a rougher edge when young, just like Conte Lucio was describing in his notes to Antinori, but the finish is actually pretty elegant. A wine to wait.

Riserva del Conte 2010 I actually loved this blockbuster with its 1970’s style. Sandal wood, cigar, mulberries. Great structure, lots of lively tension and a huge amount of raw matter needing to settle down. Right underneath this muscle though the wine shows a more noble lineage with also some sweet vanilla and a delicious rhubarb. It needs time, but this is a great keeper.

Riserva del Conte 2020: From a very reliable source I just got the exclusive news the 3rd edition of this wine will be out soon with the 2020 vintage!

The vertical tasting of Rosso del Conte was held in the heart of the old cellar of this splendid 600 hectares of Tenuta di Regaleali. The estate is far away from any sort of civilisation but it feels like here there’s everything one needs. It’s a haven, a perfect garden of eden. To get to the estate, you drive a few kilometres along a perfumed eucalyptus road before arriving at a pristine villa at around 500m altitude – the estate climbs as high as 850m above sea level and if you fancy  an evening walk, have a jumper with you. But night excursions here are a key factor giving the wines an invigorating power which tames the heat of the day. As the vertical tasting proved, this lightness helps with ageing – we went through the lighter, fresher and somehow ‘weaker’ vintages to prove that the wine has smashing ageing potential.

(60% Nero d’Avola; 40% Perricone) The wine went through 24 months of barriers an tonneaux. An earthier style nose with pine sap and prune aromas. The earthiness becomes forest floor, leather and moka. Still quite balsamic and with a certain rustic vibe on the end. 90/100 Drinks now/30

(60% Nero d’Avola; 40% Perricone) Same ageing for 24 months in barriques and tonneaux. This sample had a very intense overripe black driven fruit nose, packed with carubs, chocolate and dry figs. Some important tannic structure with a lot of oak spices. I didn’t quite understand the wine as I found it too rustic. 88/100

The 60/40 formula goes on tighter with the tonneau and barriques aging but this time the wine is temperature controlled fermented for the first time in inox vats. Way brighter color and a super clean nose with so many blueberries, dark cherries and a very enticing anice espresso note. Elegant and very balanced. 96/100 drinks now/40

The eucalyptus note brings me back to that heavenly entrance road of the Tenuta. This wine shows a way more intense red driven fruit. Sour cherries and a wonderful balsamic and mineral note. Like the Riserva, I love this vintage in Regaleali as it seems to have combined juiciness, structure and elegance. 95/100 drinks now/40

A little more Perricone here with a 47% and a 53% Nero d’Avola and a wee bit less oak: 18 months in new barriques, no tonneau. Licorice, cola, rhubarb and pomegranate with some dates and dry figs. Crazy blood orange and kumquat. Great structure, and a wonderful combination of tension and ripe black fruit generosity. 94/100 drinks 5/45