Budweiser, the official partner of the England Football team, has toasted the Lionesses historic 2:1 victory over Germany in the UEFA Women’s EURO 2022, by launching a limited edition can to commemorate football finally coming home after more than 55 years – but there’s a waiting list to get your hands on one. 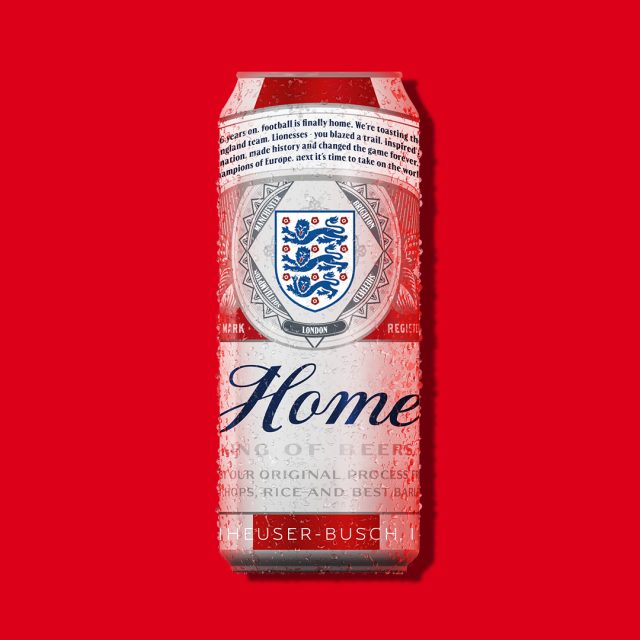 The special ‘Home’ design sees the iconic red 400ml cans reimagined as the distinctive red and white flag of St George, with three lions taking centre stage. The word ‘Home’ is emblazoned in pride of place on the front, replacing Budweiser’s traditional logo while an ode to the England squad, referencing their incredible success and the impact they’ve had, runs across the top of the cans. Finally, the five continents that represent Budweiser’s markets have been replaced with the five cities the team played in on their way to victory.

Budweiser’s senior brand manager Jack Morris said the company “couldn’t be prouder to be a long-term partner of the England team”. “It’s incredible to see the inspiration they have given to women and girls across the nation,” he said. “ We’re continuing the celebrations with our limited edition ‘Home’ can, inviting fans to savour the taste of victory.”

Following the Lionesses victory Budweiser gave away up to 150,000 free beers in Tesco stores across the UK, which saw up to three coupons per second snapped up by fans.